Riding the success of Roll the Bones, the boys got back in studio two years later for their 15th album, Counterparts. I mention Roll the Bones because it signaled the departure of the process-heavy synth sound, where Counterparts nearly cuts the ties altogether. Here, Rush returns to the simple sounds that three guys can make into melodies off of strings and drums; pounding, glorious drums.

Peart wrote the lyrics for Counterparts with a deep emotional theme in mind as well.

The term ‘counterparts’ is described as both “duplicate” and “opposite” – a definition that so intrigued Neil that he contemplated to himself:
“…considered in this way, contraries are reflections of each other, and not necessarily contradictions.”

Using that as a guide, listen to the lyrics and seek out the contrary reflections. He wrote a lot of them in there, so they’re not terribly hard to find. Fans dug Counterparts, too. The album peaked at #2 on the Billboard 200, giving Rush their highest U.S. charted album, and was certified gold status two months after release. It would hit platinum in Canada and Atlantic Records claimed platinum in the U.S., but the RIAA only has Counterparts at gold. Still, in a time where many rock groups were trying to find their sound, Rush joins in the alternative rock movement and still keeps it sounding like golden Rush.

That opening drum is sweet music! A signature of all Rush albums is the attention-grabbing opening track. Gone is the electronic processing and here stands a great, organic rock and roll song. Across the board, Animate is a solid track giving each instrument the spotlight for a time. It has a hard-rocking beat with a little grungy sound that was popular on the air waves in the early 90’s. Lifeson grinds down his Paul Reed Smith guitar, while Peart gives that Ride Cymbal a workout and Lee rattles your fillings with his steady bass. This is Rush rocking at their best in over a decade.

Counterparts, Track 2: Stick It Out

Love that gritty, monster-rock guitar riff at the beginning. Stick It Out, to this Rush fan, sounds like an Alice Cooper track that Rush recorded instead of him, and it’s darkly awesome. The song is distinctly Rush, however, and it’s nice to hear the boys get back to those rock and roll roots and drop all the synth. Stick it Out would also hit #1 on the U.S. Mainstream Rock charts.

Stick It Out taps deep into the strong misfit emotions of the early 90’s teenager (I was one of ’em!) and rides the wave of angst all the way through. A casual listener might hear this and be shocked it’s Rush, but I guarantee you’ll be thrashing along before it ends!

Counterparts, Track 3: Cut To The Chase

Peart’s lyrics jump back into the nerdy realm here on this rocker, but don’t let that fool you. Cut to the Chase is another gritty effort that rewards the listener with a rollick through all three instruments before the end. I feel like this lyric describes this song perfectly:

Lifeson rarely “noodles”, but we get a little of that on his guitar solo. Normally, the 80’s/90’s metal trick of unorganized, wild string work is a turn-off for me, but here on Cut to the Chase, it works. I like it!

Nobody’s Hero would be the closest thing I would call a ballad on Counterparts, but it’s not really even that. However you categorize this track, you have to admit it has some of the most powerful lyrics on the album. Many say it’s simply a song about HIV awareness, but I think its more than that. To me, it’s a song about how the common person, or the different person, or the odd person, and how at any moment and for any reason, they could be the hero we never expected.

The lyrics remind me of a quote I remind my sons of from time to time:

“Nurture your minds with great thoughts. To believe in the heroic makes heroes.”

Counterparts, Track 5: Between Sun and Moon

While not a bad song, Between Sun and Moon just doesn’t do anything for me. It’s got the nerdy lyrics I like, but it sounds like a Roadhouse barroom song, and that’s not the Rush I want. To the song’s credit, Lifeson has some ferocious guitar going on here, but the sound is too Stevie Ray Vaughn for me. While SRV is a guitar god, I don’t see much in common between him and Rush except this song. Still a good track, just not my favorite.

While I agree with the premise behind the song’s lyrics, Alien Shore has a clunky delivery. The highlight is Lee laying down that funky bass from start to end. However, I find the rest of the track forgettable. I usually skip this one on the ol’ iPod.

Speed of Love feels like it was recorded on the wrong album. It’s a good track that might have been a leftover from Power Windows or Grace Under Pressure. The nice thing about this song is it gives a needed breather from the first six tracks without dragging the whole album down. It rocks enough to keep the record going, but slow enough to give you a track to sway to. Lifeson gets a clear and bright guitar spotlight throughout. That’s exactly what Rush needed, and Lee’s vocals deliver the lyrics with a crisp, melodic grace.

Double Agent is a conundrum. It’s serious and silly; a mix of old Rush and new. It has the feel of the old progressive epics, like Cygnus X-1, but with a grunge edge that trended with the times. The spoken lyrics are edgy, creepy and weird. Like Vincent Price swung by the studio and said, “Hey fellas… need a creepy voiceover?”

The guitar is definitely in the forefront here and the time signature bounces all over the place. Part of me wants to hate it, but my Counterpart (see what I did there?) won’t let me skip listening to those dissonant strings ringing back at me.

Peart joins the party every once in a while, but Lifeson jumps in and steals the show with his crying guitar. Are we getting some Dr. Who theme song blended in there as well?

I didn’t like Cold Fire the first time I heard it, but it grew on me once I appreciated it’s complexity. I discounted it as a song about a guy getting lucky in the back seat and turning it into a long-term relationship, sort of. What it’s really about is close to that, but the deeper meaning is the fallout after a sexual encounter where one doesn’t know if the other really wants to be with them any more.

I may have misinterpreted the band’s intent, but that’s what I get from it, and mostly because I’ve had that experience before.

Maybe I’m reading too much into it, but Cold Fire to me is a metaphor for the heat of a new relationship that suddenly becomes a cold “whoa, we’ve made a mistake here” moment. Oh well. Good track nonetheless!

Having experienced two marital splits as a kid and enduring a divorce myself, this song resonates with my personal experiences of overcoming terrible circumstances and realizing you’re going to be okay no matter what happens. Everyday Glory captures that spirit of triumph for me. It’s an optimistic song that showcases strong lyrics over flashy riffs or solos, and for that, it’s beautiful.

I’ve said before, one of the biggest reasons I love Rush is the upbeat nature of their music and the lift in their lyrics. I wish every kid living with fighting parents could hear this verse:

“Just one spark of decency / Against a starless night / One glow of hope and dignity / A child can follow the light.”

Hang in there, kids. No matter what they say, rise from the ashes as a blaze of everyday glory.

I give Counterparts an 8 out of 10. I rank it high because it’s a return to what I like most about Rush: that three guys and their instruments can make such awesome noise. The album has a couple stinkers, but on the whole, Counterparts is their triumphant return to rock and roll. And really good rock and roll to boot.

Alex Lifeson says this album was more of a back-to-basics effort in search of Rush’s sound, and I say they found it.

“We’ve kinda shifted the interest back to the guitar. We’ve been talking about moving in that direction for quite a while, but certainly with this one we made a concerted effort to do that. The keyboards are much deeper in the mix. It was to sort of capture an energy that we used to have when it was more of a concentrated three-piece.”

Geddy Lee said later in 1994 that it was also time to part ways with the processed gloss of 80’s new-wave.

“When Alex and I started writing this record, we kind of looked at these mountains of synthesizers that were being brought into the writing room, and we kinda had this reaction; it was almost like an allergic reaction: ‘I think it’s time maybe we stepped back from this stuff.’ So, we went back to a more simpler, basic way of writing, which just… guitar, bass, vocals, and drums. A lot of the material was written in that way, so in that sense it was kind of a purer sound.”

They were both right! And now, on to their 16th studio album… 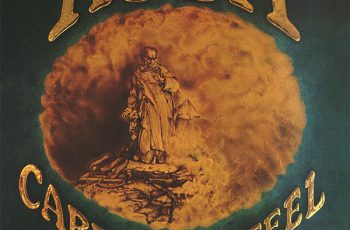 I decided to do this album as a separate article … 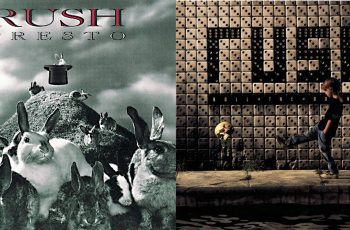 Presto, 1989 Both Presto and Roll the Bones are very …