I’m getting tired of writing this generic first sentence about these cancellations and delays. The coronavirus is something that is affecting all of us. Whether you’re in the movie industry or just a movie-goer. Black Widow is no different. Originally to be released on May 1st, it will now most likely be moved to later in the year. For most companies this is a cost, but it’s one that could pay off when everyone wants to see the film. For Marvel Studios, it’s a different story.

Marvel has tight deadlines for all of their movies. They have a grand overarching story that they want to get to. Black Widow might be a prequel or a side-story, but it’s as much apart of that overarching plan as The Eternals or Shang-Chi. If there’s some big reveal that changes the entirety of the Marvel Universe in Black Widow, they want people to be able to see it, and if it affects The Eternals or something else down the line.

With Universal releasing their current catalog of films early, could Marvel do the same? It would be a massive loss of money for them. The Hunt and The Invisible Man have way smaller budgets than Black Widow. So the decision for Universal makes sense. For Marvel, I don’t think that’s an option. They’ve been the golden goose for Disney for so long, it’s terrible to think that some outside circumstances would be the first to put a damper on their box-office win streak.

We’ll keep you updated on this and other developing stories as they happen. For more on Marvel, Black Widow, Disney, or anything else pop culture related, check back to That Hashtag Show.

Hong Kong Disneyland’s 13th Anniversary is coming up soon, and … 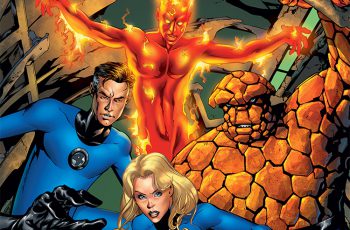 According to one rumor, Marvel Studios is planning to bring …