With almost every aspect of life shut down due to the Corona Virus, many wonder when we might begin to return to normal. One indicator of life returning to normal will be movies being released once more. With Black Widow now on indefinite leave, Wonder Woman 84 was the next major tent pole movie of the summer. Breaking news today tells us Wonder Woman 84 delayed its release until August at the earliest.

Black Widow’s May 1 release date was meant to launch the summer movie season, but with the virus just gaining ground, the studio decided to move Black Widow to a future time. While smaller movies should have released, they lack the power to maintain today’s box office. Wonder Woman held the next relevant position in the box office line up. Sure Artemis Fowl and Sponge Bob (now moved) sat out there as major kid releases, but Wonder Woman 84 held all the power.

The first week of June sat right on the border of what optimistic predictors hope will be the return to normalcy. If restrictions began lifting by late April/early May Wonder Woman could lead the way into a summer recovery. Sadly, WB/DC decided to pull the starting date and for now is loosely scheduled for August. With Wonder Woman gone, the next major titles to watch are Disney’s Soul and Paramount’s Top Gun: Maverick.

Why would WB/DC decide to move WW 84 at this point? After all their release still sits two months away. First off, Theaters even being open in June still only belongs to the optimistic. If either the bans run longer or people do not feel comfortable returning to theaters by June, the movie will bomb and not because of quality.

Let’s face it. While DC finally seems to be a a largely positive role right now, Wonder Woman is the lone franchise in production that they can bank on doing well. Wonder Woman is not some small film where if it earns the studio $200 million they can call it good. Wonder Woman is a film that needs to bring in $700 to $900 million worldwide for the studio. This is their power house film of the year. In fact their next guaranteed money maker won’t be til 2021 with Matt Reeves’ The Batman.

Wonder Woman Delayed: What Do Theaters Do?

With Wonder Woman 84 now gone, the summer actually turns bleak real quick. The year has already had a great many big money blockbusters pull stakes and to be honest, the next big money maker does not look to be terribly close either.

in Disney’s Soul, you of course have Disney’s power brand, but can the movie pull in audiences? For sheer will of getting the family out of the house , yes, but a movie like Soul seems like a movie that call very strongly towards certain movie goers and less so for others. As good or poor as it may be, I do not see it being a power name to relaunch theaters (although it could be a good start).

If it lives up to its trailers, Top Gun: Maverick (currently June 24) may be the next best hope. It brings back the nostalgic fighter jocks of the 80s, looks to be action packed and promises to have cinematography that will go ballistic! Big action and Tom Cruise may be the perfect combo, especially if we use the Mission Impossible franchise as a guide.

Should Top Gun flame out, possible other titles could be Ghostbusters: Afterlife, Jungle Cruise or Morbius. After that Wonder Woman’s time may come around yet again. It is currently rescheduled for August 14th. Who needed to start school anyway? 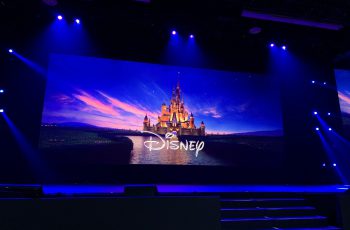 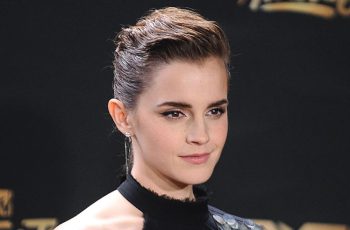 Marvel Studios is now actively casting for its solo Black …