Let’s face it, those of us in the geek/nerd/pop culture groups are having a rough time of it. All of our summer blockbusters that sustain our love everything geeky/nerdy went on hiatus until further notice. Our television shows may be going fine right now on the box, but there is one problem. Those that did not finish their season productions also froze productions. No movies. No television. Well at least we can still read our comics while we are confined to our homes right? Nope. Now the comics bite the dust.

While we currently wrap up the month of February, we just lost our first June Tent pole in Wonder Woman 84. 2020 stood to be a light year for film as it was, but if the virus limitations do not lift in the next month or so, we may face a summer without movies.

Okay, well we still have the spring seasons of our favorite shows right? Not so fast. While some shows finished production for the year, many (especially nerd/geek shows) ground to a halt before finishing. This affects fall 2020 as well. We may be okay now, but we will hit a bubble of no shows down the road.

Comics Bite the Dust: Then There Were None

Earlier today Diamond Comics Distributor announced due to Corona Virus issues it would no longer be shipping comics. Stated as reasons were many comic shops have been forced into closure due to government edict. The ones that remain see far less traffic than normal days. The pressures amount to enough to halt all new comics after this week.

Comics Bite the Dust: The Future is What Then?

With movies and everything else, the answer lays with the length of disruption. If this interruption lasts only a moth or so, we may see a hick-up once production resumes. Otherwise comics should return to shelves with little problem.

Should this drought stretch on for months however, the effect could be devastating. In talking to my local comic retailer (Tim at Rainbow Comics here in Lincoln NE), the typical turn around for a comic by a major publisher is 3-6 months. If this shut down continues for any longer length of time we may not see new product for up to a year.

If the lack of comics extends that long studios will need to decide what to do with their titles. Do they pick up where they left off all those months ago? Do they reboot their titles and start from scratch? Or will it be some amalgam where hot books continue but struggling books are rebooted or discontinued?

It is really hard to say at this point, but may we return to normal as soon as possible. In the meantime, if your local comic book store is still open, go show them some love and chase down those long wanted back issues, or buy a game or something.

Image Comics is pleased to announce that the third issue … 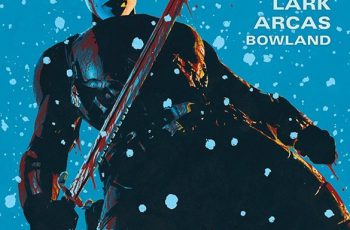 Lazarus Risen #1 What Is This Title? Before we dive …