Boba Fett fans rejoiced yesterday when we told you that a carbonized version of the infamous bounty hunter was coming to Hasbro’s 6” Black Series this summer. Also getting the carbon treatment is a classic, Empire Strikes Back stormtrooper.  They’re not joining the Star Wars Black Series ranks alone, however. Perhaps not unsurprisingly, we’re also getting an updated version of our new, favorite bounty hunter, Din Djarin. Yes, a full beskar Mandalorian is coming. And as they say in infomercials: but wait! There’s more!

Fans found it difficult enough to get their hands on the first edition Mandalorian Black Series figure when it arrived. Only the lucky were actually able to procure a carbonized Mando. Perhaps, though, you’ll have a little better luck obtaining the full beskar Mandalorian. This iteration features his new armor as well as the jetpack Djarin received from the Armorer in the show’s first season finale.

For those of us that grew up with the original trilogy, Return of the Jedi favorite Admiral Ackbar is also getting the 6” Black Series treatment. There was a 6” Black series Ackbar previously, but that was “Resistance Ackbar” from the Star Wars sequel trilogy. This returns the Rebel Alliance admiral to all his “it’s a trap” glory.

The carbonized Boba Fett and Trooper, together with the full beskar Mandalorian and Ackbar, are part of seven new figures Hasbro announced yesterday. Ewok warrior Teebo also joins the Black Series. For the Vintage Collection we get Clone Commander Wolffe and K-2SO to round out the new offerings. Outside of the carbonized Fett, however, we’re fairly certain that the full beskar Mandalorian will be the other hot seller of this batch. 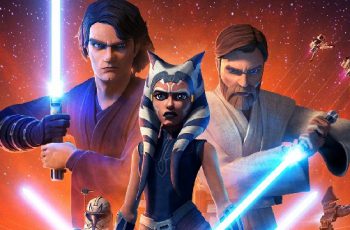 Hold on to your helmets, Clone Wars fans! We now … 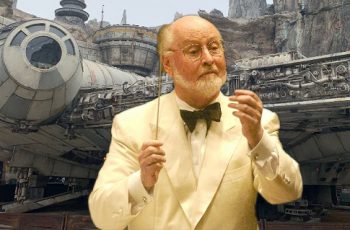 Mention the name John Williams to even the casual movie …