The Disney+ series, Obi-Wan has seen some supposed rough patches since being unveiled at D23. Hossein Amini was the original writer, but he left the project in January. This leaves a huge creative hole in the show. Variety is reporting Disney picked Joby Harold as his replacement for the job. Harold doesn’t have any writing credits for television, but he’s a very experienced and successful producer. Some of his credits include: John Wick 3: Parabellum, a new Transformers project, and he’s writing the script for Zack Snyder’s upcoming film, Army of the Dead.

Those aren’t a lot of credits for those out there that are skeptical. The show faced a pretty large delay due to Amini’s departure. Going from an August 2020 start to production to a January 2021 start. Deborah Chow, who directed part of The Mandalorian is still attached as the series director. Ewan McGregor is also still on as the title role of Obi-Wan Kenobi.

Why This Could Signal Trouble For Obi-Wan

Anytime a show this huge and wide in scope (we’re guessing), loses a writer, it’s not a good thing. In the realm of television, writers are the architect. They give the blueprint for the whole show and most of the time, the director is a hired gun for a single episode. To lose the writer this early in production could be a blessing for Obi-Wan though. This means that because of that later production start date, we could end up getting a better story for the show. No matter what some might say about Disney’s choices with Star Wars, they know if something isn’t going to work. Amini’s original script might not have worked with what they wanted out of the show. It just gives us more time to make a great Obi-Wan story.

The Mandalorian showed that Star Wars would be able to fit on the silver screen. After all, it started it’s life as a tribute to serial episodes of Flash Gordon. So seeing Obi-Wan go around in a serialized format is most likely going to be awesome. Here’s to hoping that Joby Harold can do something great with this material.

Obi-Wan doesn’t currently have a release date, but when we find out, you’ll know from That Hashtag Show.

For more on Obi-Wan, Star Wars, Disney+, or any other general pop culture, make sure to check back to That Hashtag Show.

To see more from the Star Wars universe, check out their website here.

With early reviews being mixed, especially with critics It looks … 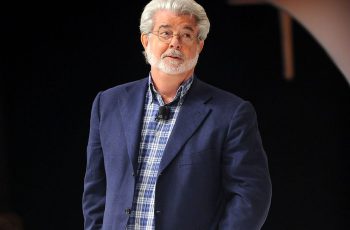 The sequel trilogy of the film franchise Star Wars, created …