In “Crossover Battles”, contestants from all over the multiverse face off against each in a clash of might, wits, or both at once. Today, we will be featuring a clash between the Star Wars universe and the Terminator universe: the B2 Super Battle Droid facing off against the T-800 Terminator.

But first, their stats:

In this corner: the B2 Super Battle Droid!

The B2 Super Battle Droid is a combat droid developed and produced by Baktoid Combat Automata: a sister company of Baktoid Armor Workshop. Both companies were subsidiaries of Techno Union, which was a member of the Confederacy of Independent Systems (CIS). The CIS would use the B2 for the entirety of the Clone Wars before their defeat.

The B2 is a major upgrade over the previous B1 Battle Droid. It stands at about 6′ 4″ tall, making it about as tall as Royce O’Neale, though it’s considerably more well-armed, and presumably heavier due to its armor. Said armor is tough enough to withstand dozens of blaster bolts from clone trooper rifles, so it should be pretty heavy.

The B2 is normally armed with a twin blaster cannon built into its right arm’s wrist that make it very difficult to disarm. This wrist blaster have a high rate of fire, and is effective against both infantry and light vehicles. The left arm is normally empty, but some models equipped a wrist rocket launcher there to make them effective against armored targets. The standard arms have hands, allowing the B2 to pick up and use normal infantry weapons, although its large fingers can make using small weapons difficult for it.

Both arms are removable, and can be replaced with special weapon arms built for the B2.

Finally, the feet can also be swapped out for specialized equipment, like climbing claws.

In the other corner: the T-800 Terminator!

The Series 800 Terminator, or more commonly called the T-800, is a combat android developed and produced by the AI Skynet. It can and does serve as infantry, but its primary purpose is to infiltrate human forces for assassinations. It does this by being covered in living tissue that allows it to mimic a human appearance. Said tissue isn’t involved with its functions though, so damaging or killing the tissue doesn’t affect the T-800’s ability to kill you.

In its standard form, the T-800 doesn’t have any weapons aside from its metallic endoskeleton. While it can melee attack infantry and unarmored vehicles, it’s an inefficient use of its abilities. The T-800 is normally issued with a M-25 plasma rifle or RBS-80 plasma cannon. The former is basically a blaster rifle, and the latter a blaster cannon. Said plasma weapons are powerful enough to blow apart an unarmored human in a single shot.

In addition, the T-800 was programmed with knowledge of how to use all modern military weapons. This allows it to pick up and use any human weapons built prior to The War Against the Machines, which includes all modern weapons.

In the immortal words of Michael Buffer:

Location is everything to a battle, and this one is no different. We’ll have 2 scenarios: one in an open field, and another in a place with lots of cover. For the latter, let’s make it a bombed-out city, just to give it that classic Terminator feel.

A battle between infantry in an open field with no cover to hide behind is quick and brutal. It all comes down to which contestant is more accurate, which one has the more powerful weapons, and which one is more durable.

Both contestants appear to have roughly equal accuracy to each other. We’ve seen both contestant hit more often than they miss, and in an open field, both contestants would have reason to advance towards each other to maximize their accuracy. Accuracy is pretty much a non-issue here.

Weapon strength for both opponents depends on the weapon equipped. A blaster rifle bolt and a plasma rifle/cannon bolt appear to be equal in strength. The key difference between here is that the B2 is able to mount wrist rockets. An anti-vehicle warhead mounted on the rocket would be able to one-shot a T-800. However, a T-800 equipped with anti-vehicle weapons could do the same to the B2. The result is that they’re evenly matched in the weapons department.

Durability becomes the main issue. We see in Star Wars: Republic Commando that B2s are able to withstand dozens of blaster bolts before finally going down. Meanwhile, a single T-800 was shot dozens of times with revolvers, assault rifles, and shotguns without any visible loss of performance. While this seems impressive, you have to remember that the T-800 was being hit by 20th century firearms. In terms of damage output, a blaster rifle is superior to any modern firearm. It’s pretty obvious that in terms of who can take more damage, it’s the B2.

The result here is tricky. If they’re only using their blasters/plasma weapons, the B2 will outlast the T-800. If either of them use anti-vehicle weapons though, they’re both one-hit kills. Rocket tag doesn’t leave survivors amongst infantry.

A ruined city is prime territory for infantry combat. Both contestants can hide amidst the ruins, using them to both block fire and to conceal themselves. While neither contestant has been shown to use cover and concealment, we have to assume that they do here. Otherwise, this just turns into Scenario 1. The winner here is who can do both better, and the key to this is their size.

At 6′ 4″, the B2 is 2 in taller than the T-800, which stands at 6′ 2″: the same height as Arnold Schwarzenegger. This gives the T-800 a very slight edge in its ability to hide and take cover. A T-800 could use this slight advantage to break line of sight with the B2, and attack from ambush. This would whittle down the B2’s armor and do much to negate its durability.

However, because the size advantage is so slight, this only makes the fight more even. The B2 would still have a slight advantage over the T-800 in terms of overall stats. It’s just that now, the B2 would win far less often. Even if we discount variants of the B2 modified for melee combat (which would give it a great advantage in the ruins), victory would go to the B2 in a little over half the battles.

The B2 is the clear winner in an open exchange of fire, and would still have a slight advantage when fighting in a cover-rich environment. However, all bets are off if either one of them pulls out a rocket launcher. Rocket tag leaves little survivors. 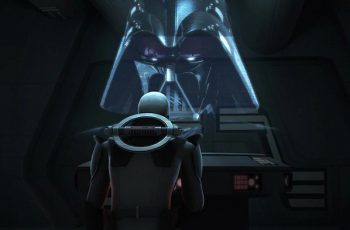 Greetings, readers! That Hashtag Show is proud to offer a …