Hercules will be produced by Jeffrey Silver and Karen Gilchrist, with no official announcement on directors or cast. It will follow the same story as the 1997 film, with the titular character proving himself worthy of living with the Greek gods. As opposed to the recently delayed Mulan (2020), the film will retain its musical elements.

While no official directing announcements have been made from Disney, The Dis Insider is reporting three different options have been discussed. The first of these three is Jon Favreau, director of Jungle Book (2018) and The Lion King (2019). This choice would make sense given his success on those two films. He’s always a reliable option for Disney. The second option discussed were the Russo brothers, known for their Marvel films. The Russo brothers are another safe option that Disney likely offers everything. The last option, and most surprising one, is Gore Verbinski. Verbinski is known for directing the first three Pirates of the Caribbean films. Verbinski has such a unique style as a director, so it is very interesting to see his name in the mix for this. However, the Dis Insider report claims that he is the least likely candidate.

Producers Jeffrey Silver and Karen Gilchrist are no strangers to working with Disney either. Silver has produced The Lion King (2019) as well as the cult classic, TRON: Legacy. Gilchrist also served as a producer for The Lion King, as well as the Disney+ Star Wars series, The Mandalorian. Disney loves to work with the same people, so the producers having credits in another live action remake is no surprise.

The original film was not the biggest hit upon release, although it was well reviewed. With these live action remakes, the trend has been to remake films that were smashing successes. Last year, Disney remade The Lion King and Aladdin, which are both seen as Disney classics. As a result, both remade films made over $1B at the box office. Hercules wasn’t a juggernaut like those two films, and it is often omitted when discussing the Disney renaissance.

The renaissance was the period of time that saved Disney and made them a juggernaut once again. It began with The Little Mermaid in 1989 and concluded with Tarzan in 1999. Hercules was released in this same era, but it’s lasting effects on pop culture have been very slim. Maybe this remake will change that. 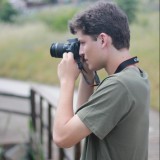