Movies getting bumped from one date to another seems to be the new norm in today’s world. Look at a film like The New Mutants which has moved release dates more times than Freddy Krueger has sequels. Indiana Jones is following not far behind with its constant release date changes and production restarts, but this one might finally be for the better. With Indy’s latest release date pushed all the way back to July 29th, 2022, it found it’s Ark of a director. James Mangold’s taking over Indy 5.

With the conclusion of The Last Crusade, audiences thought the Indy franchise to be lost in the sunset, but of course there is always one more. Unfortunately, Kingdom of the Crystal Skull turned out to be a terrible sequel to the franchise. No one likes to end things on such a sour note, so of course an Indy 5 was needed.

Spielberg had an idea and Ford was willing, so why not? Then a bombshell dropped back in February. Steven Spielberg stepped down from the Jones project leaving it leaderless and directionless. Rumors suggested Mangold might take the helm, but things remained quiet until recently.

In an interview with Collider recently, long time Indy producer Frank Marshall confirmed James Mangold would indeed be taking over the movie. Not only would he direct the movie, Mangold was also rewriting script and making it his own. Marshall said the following:

“His love of the franchise. He’s a wonderful filmmaker. I think he also has a relationship with Harrison. It was all of the right pieces coming together, at the right time.”

This will be the first Indiana Jones film to not have either George Lucas or Steven Spielberg involved, although Spielberg will still produce. This final film may be the greatest one yet.

Indy and company could not be in better hands. James Mangold is on something of a hot streak. Mangold has a very impressive resume of releases with movies like Walk the Line and 3:10 to Yuma, but his last two films broke the mold.

In 2017 he took comic book movies into the R-rated world with Logan. It was dark. It was bloody, but it gave fans everything they wanted since those adamantium claws hit the big screen. The film also introduced us to X-23 and helped us say goodbye to two of our most beloved X-men.

He then followed Logan with Ford V Ferrari, a film that would garner all sorts of end-of-season awards including two Oscars for editing and a nomination for best picture. In both cases, Mangold took the genres further than ever before and gave audiences magnificent cast interactions and development.

So what can we expect? One of the greatest Indiana Jones movies to date! 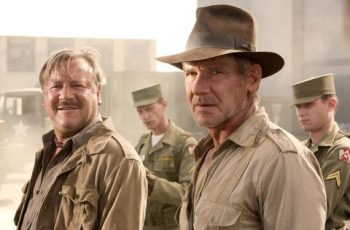 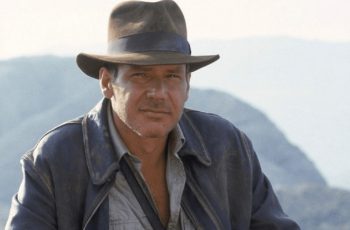 If you’ve been looking at release dates, you’ll notice the …