Roughly one month ago Chris Miller dropped the bombshell on twitter that Into The Spiderverse 2 would be releasing in November 2022. Now animator Nick Kodo has revealed that the movie has officially gone into production. Posting an image of the Spiderverse logo along with saying “First day on the job.”

The tweet revealed nothing in terms of plot or details for the movie but is quickly gaining traction and generating hype. 2018’s Into The Spiderverse was not the mega-hit we often see from many comic book movies. Generating only 375 million dollars, it was still a financial success. More importantly, is that acclaim the movie generated. The movie was a major critical success. Critics and fans praised the film for it’s inventive plot, great characters, and mature topics. Enough that Sony was willing to green-light not just a sequel but an all-female spin-off.

Will Spiderverse 2 Actually Do Better?

It was shoved into a release weekend alongside both Aquaman and Bumblebee. Because of this, Spiderverse did not perform better was that it was released during a cramped window. Following the issue with the first film, Spiderverse 2 could likely find inside it a similar situation. Hopefully, the massive support generated by the first will lead to an amazing box office. Propelling the sequel even higher.

Spiderverse 2 is set to release on October 7th of 2022. It will feature a new single director Joaquim Dos Santos. Phil Lord and Rodney Rothman are returning to write the sequel.

For more on Into The Spiderverse 2, Spider-Man, Marvel, Sony, or any other general pop culture, make sure to check back to That Hashtag Show. 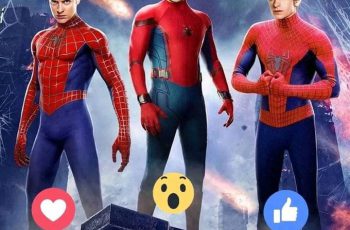 Of the many Spiderman movies that have graced the screen, …