Just a few days ago Project Maverick evolved into Star Wars: Squadrons with the release of the first trailer. The one thing I called it on was that it was all cinematic and no gameplay or realistic footage. Today that has changed. Today EA dropped the Star Wars: Squadrons game play. Check out the footage below, then we will have a LOT to talk about!

Wow! Nothing I didn’t see coming, but still! First off the trailer shows a more game like cinematic. While its quality was less than the previous trailer, it still matches the quality of previous games like Jedi: Fallen Order and the last Battlefront. It then quickly moves into the gameplay cinematic and flight control.

Everything about the look of this game is incredible. The gameplay background, the characters, the cockpits. It delivered everything fans hoped for. It also sets up the time frame, which was in question after the last trailer. This game takes place shortly after the events of Return of he Jedi.

Squadrons Game Play: What We See and Don’t See

After showing some awesome flight sequences, we finally see what fighting and flying in this game will be like, but did we see it all? From the trailer, it looks like we will sit in the cockpit as if we were flying the actual fighters. This looks cool as well will use actual gauges and cockpit devices to navigate and track fighters. The downside in several cases, especially the TIE fighters, is that peripheral vision is non-existent.

But what we do not see may be just as important. I do terrible with cockpit views because you simply cannot see enough of the battlefield; However, many games have a way to toggle between cockpit, cross hairs only and third person view screens. As cool as the cockpits are it will be nice if this game allows for the changes.

I looks like this game allows for a multitude of customs. In story mode you may be stuck to one of two characters, but in free mode character customization looks to span the imagination. The customization goes so far as to apparently allow you to add ewok bobble heads to your cockpit!

The ships look to be the true source of customization though. The list of playable ships appears to encompass (Rebels): X-wing, A-wing, Y-wing and U-wing, as well as (Empire): TIE fighter, TIE interceptor, TIE reaper, and TIE bomber. In story mode they will fly as normal, but the trailer suggests that in PVP mode, the ships may have some customizable aspects. This might lead to some fun designs.

For those that hate playing against other players in games, there will be a story mode gamers can play through. This sounds a lot like Battlefront II where both PVE story mode exists as well as PVE modes.

Then you hit the PVP side of the game and there are tons of options! We have 5v5 dogfights (as it sounds), or fleet battles where you can play a 3-stage, solo or with others in a 5v5 vs other players or AI. It looks like the gameplay bases itself around the 5 man squad system.

The trailer stresses several times how important it is to work with your wingmen to create strategy and organize ship load-outs. I hope this game is Mic compatible. Trying to organize with teammates without mics could be problematic.

I like the depth suggested by being able to work with teammates to customize ships and make strategies. In the last part of fleet battles, the trailer sounded like whether you defended your ship or went all out after the opponent’s ship was up to the team. Communication will be key.

After this trailer, are you more excited to play Star Wars: Squadrons? Release is only four months away! Stay linked into Thathashagshow.com and Starwars.com for more information as it drops. 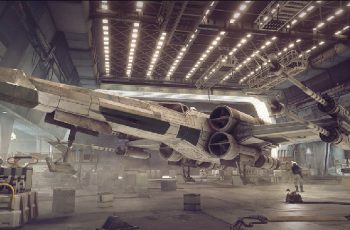 EA and Lucasfilm enthralled Star Wars fans this past week … 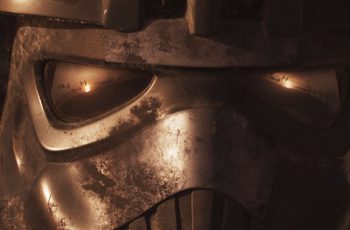