Well, it’s official. Disneyland Resort just announced the reopening date for Disneyland will be pushed back.

The theme park closed back in mid-March due to the COVID-19 pandemic. The closure marks only the fourth time Disneyland has closed since it first opened in 1955. Amazingly, it’s the first of such an extended nature.

Earlier this month Disney released a proposed plan for a phased reopening. Starting with Downtown Disney on July 9 and with Disneyland Park to follow on July 17. Popular Disney resort hotels the Grand Californian Hotel & Spa and the Paradise Pier Hotel would open a week later on July 23.

However, California state officials will not issue theme park reopening guidelines until after July 4. They delayed the park’s opening to buy time for new California guidelines. A new reopening date has not been announced.

“We’re taking a multi-pronged approach to our reopening, after considering the guidance of various governmental authorities and health agencies, including the Centers for Disease Control and Prevention (CDC), and recommendations from our team of health and safety experts. We’re also actively working with industry groups and research universities to discuss best practices,” commented Disney Parks Chief Medical Officer Dr. Pamela Hymel.

Disney officials continue to stress the importance of health and safety, but workers seem unconvinced. In addition to the yet undecided California health and safety restrictions, Disneyland Resort also must contend with intense backlash from labor unions representing Disney’s 17,000+ Cast Members.

The Coalition of Resort Labor Unions sent a letter to Governor Newsom protesting the reopening date. They also expressed concerns for workers’ safety. Meanwhile, unions representing Cast Members prepare to protest this weekend. The Disney Caravan for Safety occurs Saturday, June 27 from 10am to noon. Protesters plan to drive around the perimeter of Disneyland Resort to demonstrate.

The general public seems concerned with Disneyland’s reopening plans too. Shortly after Disney announced their initial reopening plan, a petition sprang up to delay the opening. It now stands at over 50,000 signatures.

Look, I love Disneyland, but I’m not going to go during a global pandemic.

I’m not surprised Disney has backed off their original reopening plan. Hopefully Disney officials will take the concerns of their workers, the state of California, and the general public into careful consideration as they reschedule the reopening.

Because let’s face it: Disneyland isn’t going to be the happiest place on earth if it’s infecting everyone with COVID-19.

For more on Disney Parks or any other general pop culture, make sure to check back to That Hashtag Show.

Source: Inside the Magic 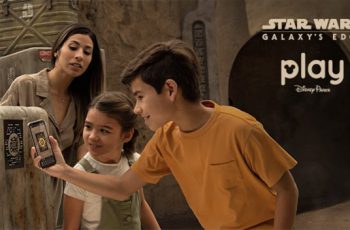 We are just months away from Star Wars: Galaxy’s Edge …