Aside from a small cameo as an alien in The Last Jedi, it was thought that that was the extent of his role with Star Wars productions. That includes productions since Disney acquired Lucasfilm.

It turns out, there’s more.

(“Patrick Williams” is actually William M. Patrick, according to CinemaBlend.)

Hamill does not identify which characters he voices in Rogue One and Solo. So we don’t know where he comes into play.

This means that Hamill has been in eight of the 11 Star Wars films.

That’s beside The Mandalorian, where he voices a droid that is a bartender. That’s in the episode The Gunslinger. It in the area where Hamill’s Skywalker grew up.

This is encouraging news for those who wanted to see Hamill in Star Wars more.

He has retired from Luke Skywalker, but this is a great way for Hamill to still be able to get in on the action in the galaxy far, far away.

Hamill has become a noted voice actor. That’s mainly for his role as the Joker in animated productions. He also voiced the killer doll Chucky in last year’s Child’s Play.

What do you think about Hamill voicing characters in all the Disney Star Wars productions? Comment below! 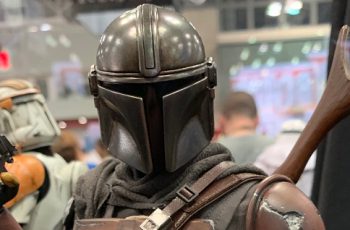 Sideshow Collectibles and its Hot Toys series never seem to …

Star Wars Celebration is coming soon, granted. But now we …