Since Ghost of Tsushima is going to launch on July 17, here’s everything you need to know about it.

Ghost of Tsushima is an upcoming action-adventure and stealth game from Sucker Punch Productions and Sony Interactive Entertainment. I would best describe the game as Assassin’s Creed, but set in 13th century Japan. Specifically, the island of Tsushima during the first Mongol invasion. The gameplay is pretty similar. You explore the island, and fight enemies over strongpoints to take them over. There’s also a strong emphasis on making moral choices throughout the game, with honorable actions making you more of a samurai, and dishonorable ones making you more of a shinobi or “ghost”, as the game calls it. Considering that Sucker Punch made the Infamous games, which featured a similar morality system, it’s not surprising that this would be in Ghost of Tsushima as well.

With its combination of open world exploration and medieval combat, Ghost of Tsushima is guaranteed to satisfy the cravings of any Assassin’s Creed fan. How do you get it? Well, it’s not out yet. It will be on July 17 though. In the meantime, you can preorder it from Amazon, GameStop, Best Buy, Walmart, and other retailers. The price will depend on which version you want to get. Here’s a short list and what they contain:

After watching both trailers, I’m definitely hyped for Ghost of Tsushima. It feels like the Assassin’s Creed game set in Japan that we never got. The only thing missing is the iconic Hidden Blade, but that’s to be expected. We can’t expect Sucker Punch to violate copyright just to satisfy the whims of AC fans, now can we. I’ll definitely be going the Ghost route and assassinating enemies left and right. After that, maybe I’ll try the Samurai route. Maybe.

But you can also bet that I’ll be petting those foxes like no tomorrow. I’ve had a petting itch ever since playing The Legend of Zelda: Breath of the Wild, where you just could not pet the dogs for some bizarre reason. I’m definitely going to scratch that itch here in Ghost of Tsushima.

See you July 17 when the game finally launches.

List Of The Biggest Upcoming Video Games Releasing Over The … 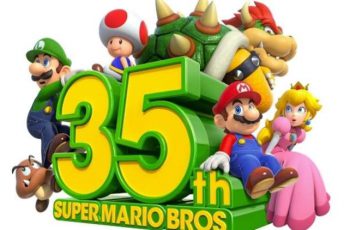 Today the gaming world woke up to a surprise Nintendo …