The newest Star Wars tie-in book affirms that Qui-Gon Jinn was the Jedi who could have thwarted Darth Sidious, recognizing the Sith Lord’s evil designs, according to Screen Rant.

We see Jinn in Star Wars: Episode I – The Phantom Menace, where he has Obi-Wan Kenobi as an apprentice.

Bit by bit, tie-in books and graphic novels have been revealing more about Jinn.

They have shown that he was a strange person who occasionally marched to the beat of his own drum. Jinn was in tune with the living Force (the remainder of the Jedi weren’t). The Jedi Master had a past with the Jedi Council where they sparred.

Jinn knew of Jedi instructions from lore and advocated for balance as a critical element of the Force. Knowing Jedi prophecies led him to believe he was alive in the era of the Chosen One. These factors can lead us to understand that Jinn was the Jedi who could have thwarted Sidious.

That understanding has been backed up by Queen’s Peril, a novel by E.K. Johnston that recalls The Phantom Menace from the viewpoint of Padme Amidala and her handmaidens after being set just prior to the first episode of the Skywalker saga.

But there are many breaks in the book into telling other stories. One is Jinn and Kenobi going through tax legislation that is going before the Galactic Senate. The bills were part of a scheme by Senator Palpatine for the purpose of pulling together the blockade of Naboo by the Trade Federation and his rise to the rank of chancellor. It appears that Jinn thought there was something strange about the bills, so he and Kenobi were pouring through all the language in order to solve the problem. That would figure into why Jinn (along with Kenobi) was the Jedi assigned to Naboo when the Trade Federation made its blockade. Jinn already knew the problems at hand.

It’s emerging strongly that Jinn was a special Jedi.

He was the member of the Jedi Order at the given time in the Star Wars timeline who was attuned enough to the living Force to have a sense as to the dangers that threatened the galaxy. And he was close to the galactic problem of Sidious’ plan, with real intent in studying legal matters related to it.

What do you think about Jinn being the Jedi who could have stopped Palpatine? Comment below! 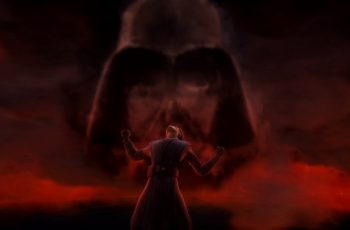 Star Wars Episode I: The Phantom Menace introduced us to …
If there is one thing we know about Qui-Gon Jinn, …