NBC has released the teaser for the upcoming 30 Rock reunion special.

The Entire Cast is Back

On Thursday, July 16, NBC will air the hour-long 30 Rock reunion special. The special will include appearances from all of your favorite characters. Cast members such as Tina Fey, Alec Baldwin, Tracy Morgan, Jack McBrayer, and Jane Krakowski will return. The reunion will be a commercial-free hour-long special airing on NBC, or live via Hulu.

The original series finale aired back in January 2013. But the Emmy award winning comedy looks like it is bringing back the entire cast as they check with each other via phone. Similar to the Parks and Recreation reunion back in April, the 30 Rock reunion promises to chime in on the current events, particularly COVID-19. In the promo clip, Liz Lemon (Tina Fey) is interacting with a stranger who is not wearing a mask. So it should be a fun time.

Aside from quarantine and the pandemic, I wonder if the 30 Rock special will address the recent backlash for the show’s use of blackface in a couple episodes. The episodes depicting blackface have been pulled from all streaming services. But criticism for its inclusion in the show in the first place has set the internet ablaze. Especially during the current climate of Black Lives Matter protests. It seems like many show-runners and actors are backtracking to apologize and make things right with their viewers. Shows like Big Mouth and Central Park have recently announced to cast different actors to play the part of a person-of-color which was once played by a white actor.

I guess we’ll just have to tune in to find out. The 30 Rock reunion special airs Thursday, July 16 at 8PM on NBC. Let us know if you will tuning in.

You can watch the promo video here: 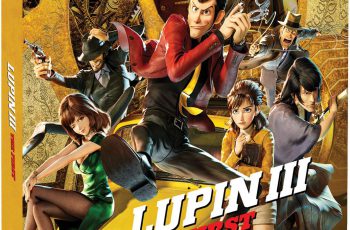 Lupin III: The First is a brand new anime movie …

Alec Baldwin joins the cast of the upcoming Joker movie, …