Ronnie James Dio was one of, if not the most, influential heavy metal singers of all-time. His vocal style influenced countless singers across the world. His use of the “horns” gesture gave heavy metal one of it’s iconic images. The bands that he was in, and the albums that he recorded throughout his time on Earth, were some of the best that the genre has to offer. His birthday was July 10th, 1942. Dio was a magical person, who spoke to people with his vocals, like no one else could. He performed on 17 albums across Black Sabbath, Heaven and Hell, Dio, and Rainbow. Let’s dig in for the top 10 Ronnie James Dio albums.

The last official Black Sabbath release with Dio, Dehumanizer is an album that listens better now, than it did back then. Some of the songs are instant classics like: “I”, “Computer God”, and “Time Machine”, but it doesn’t measure up fully to the rest of the Dio catalog.

Starting off the list strong, 1987’s Dream Evil was a continuation of the roll that the Dio band was on in the 80’s. With the previous three albums before this one being massive successes, Dream Evil was more of the same. It peaked at number 43 on the Billboard 200 in the US and went top 10 in many other countries around the world. The lineup for this one was Dio, Craig Goldy and Claude Schnell of the band Rough Cutt, with Dio stalwarts Jimmy Bain and Vinny Appice.

The album was led by the singles “I Could Have Been A Dreamer” and “All The Fools Sailed Away”. Dream Evil is a great Dio album and a fine starter for this list. It might be one that more casual fans of Dio miss out on, but it’s definitely worth your listen. My favorite track off it is “Sunset Superman”.

9. The Devil You Know

The final album that Dio worked on was a fitting swan song for the metal titan. The Devil You Know was one of the heaviest albums of the year 2009 and gave a fitting, albeit, abrupt sendoff for Dio. It was released on April 28th, 2009. The band name Heaven and Hell comes from the first Dio-Sabbath album and they wanted to differentiate between the two, because Tony Iommi and Geezer Butler were still in Black Sabbath. The name is a fitting change because it separates itself even from the Black Sabbath material of all the band members. It’s the same players but a completely different band from the 1980/1990’s version.

My favorite track is the masterpiece “Bible Black”. It’s wonderfully heavy and you can feel the power and majesty of Dio’s voice, even at the age of 66. This one might be the least listened to of any albums on this list for people out there, but it’s well worth a shot.

The final Dio album to have Vivian Campbell was a hell of a send-off for the guitarist. Although Campbell was apparently “not all there” for this release, the 1985 effort by the Dio band is a titanic one. It was led by the singles “Rock N’ Roll Children” and “Hungry For Heaven”. The album peaked at number 29 on the US charts. It was a great effort to show that the previous two Dio albums were not flukes and that his solo career was solidified in the stratosphere of Heavy Metal. It was a more commercial sounding effort by Dio. But it was one that captured the commercial and heavy metal sound to great effect.

This is the genesis of Ronnie James Dio’s career in heavy metal. Without this album, we’d likely not have a generation of heavy metal artists. There are more influential and better albums coming up, but everyone has to start somewhere. Honestly, this album is worth listening to just for the track “Man on the Silver Mountain”. It combines the power and fury of Dio’s voice with the virtuoso guitar playing of Ritchie Blackmore. You can’t get much better than that in life. It contains a couple more covers than I’d like on an album, but that’s picking nits. “Catch the Rainbow” and “Temple of the King” round out the classics off this progressive and ahead of it’s time album.

The last Rainbow album to feature Dio wasn’t the best one, but it was still a heavy-hitter in the history of heavy metal. Without Long Live Rock and Roll we might not have the genre known as Power Metal. Singing lyrics about dragons, medieval, fantasy, and other themes, this album started that genre. There aren’t the absolute hammer smash classics on this one like there are on Rainbow or the upcoming Rising. But songs like “Kill the King”, “Lady of the Lake”, and “Gates of Babylon” all gave heavy metal more in it’s arsenal. This was where Dio rounded into form as a true Heavy Metal icon. It was after this where he began his tenure in Black Sabbath as well.

Dio was coming off the massive Holy Diver. He had proven that his career up to that point wasn’t a fluke. With The Last In Line, that was solidified with the thunder and power of this album. Songs like “We Rock”, “The Last In Line”, “Evil Eyes”, and “Egypt (The Chains Are On)” are some of the finest Dio has done in his long career. It continued the success on the charts with a peak of Number 23 on the US Billboard 200. There’s not much to say about this album that hasn’t already been said, but The Last In Line is a great album through and through. It just doesn’t reach up to the prolific area of the next four albums.

The second of the Dio/Black Sabbath albums, Mob Rules was a smash-success upon it’s release in November of 1981. The album was different enough from the first album, Heaven and Hell, and it introduced Dio’s trademarks to the Black Sabbath band. There were more songs about fantasy and it was just a heavier album overall. The album spawned two singles “Turn Up The Night” and “The Mob Rules”.

It was a hugely successful album on the charts, hitting the top 20 in the US again. It was the first album with Vinny Appice, who would become Dio’s long-time drummer. His style offered a contrast to Bill Ward’s styling on the album before. Mob Rules is a great album that got flack for being similar to Heaven and Hell, but honestly, if you’re making that point, you’re an idiot.

If you listen carefully, you can hear Dragonforce, Helloween, Blind Guardian, and every other power metal band being born on this album. These next three albums are so close in their greatness, that it’s just personal preference over which ones go in order. Rising by Rainbow is the pinnacle of the Ritchie Blackmore/Dio pairing. Listening to it today, it sounds like a modern release, and that’s not just because of excellent remastering. The songs themselves were so far ahead of their time in scope, tone, and writing. Surprisingly it’s a short album for the amount of influence that it has.

Clocking in at 33:28, Rising uses all of it’s time to beat you down with heavy metal thunder and fury. It’s one of the finest examples of early heavy metal, and if not for the next two albums, it would be at the top of Dio’s list.

It was either this or Heaven and Hell for the top slot, and spoiler alert, Heaven and Hell is number one. Dio had to reload following his departure from Black Sabbath. He took Vinny Appice with him and enlisted Jimmy Bain from his Rainbow days. To finish out the lineup, he grabbed young guitarist Vivian Campbell from the band Sweet Savage. This was a masterstroke by Dio as Campbell was more than capable of handling the legendary riffs and solos for this album.

The album is nearly perfect with Dio and heavy metal classics lining the record. “Holy Diver”, “Rainbow in the Dark”, “Don’t Talk To Strangers”, “Caught In The Middle”, and “Stand Up And Shout” are all genre classics. Listening to only select songs doesn’t do the record justice though, it takes a full listen to the whole thing to get a greater appreciation for the whole of it’s parts. It’s the best and most successful work that Dio has done in his solo career.

This is it. This is the pinnacle of Dio. And it’s also quite possibly the pinnacle of heavy metal as well. Mega-Ozzy fans might suggest that this isn’t actually Black Sabbath, I suggest that it’s the best that Black Sabbath has ever done. Zero filler, zero cotton-candy filled acoustic instrumentals, no fluff. You’re just left with the power, fury, and majesty of Dio and Black Sabbath. What other album can compete with a lineup like this one? “Neon Knights”, “Children of the Sea”, “Heaven and Hell”, and “Die Young”? It can’t be topped.

Black Sabbath either lucked out or they looked at the landscape of heavy metal at the time and decided going younger and more powerful was the choice. Dio was a godsend for Tony Iommi’s guitar playing. He became a more intricate and complex player after this album and it lasted for the rest of his career.

What Does Dio Mean To You?

Ronnie James Dio was an inspiration for multiple generations of heavy metal fans. As someone who was on the shorter side during his teenage years, seeing the 5’4 Dio go out there and kick people’s asses with his voice was an inspiration. The man went out in the advanced stages of cancer and headlined one of the biggest heavy metal festivals in history. Without Dio, we wouldn’t have tons of the heavy metal that we listen to today. So give these ten albums a listen, and pay some respect to the master.

For more on heavy metal, Dio, or any other general pop culture, make sure to check back to That Hashtag Show.

Check out the album by album reviews of Iron Maiden-A-Thon and Judas Priest-A-Thon right here and here. 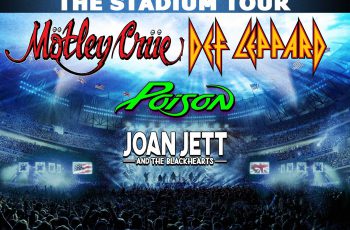 After news came out last month about a Motley Crue … 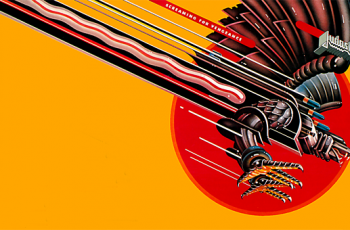