The series follows the titular character (Esmé Creed-Miles) as she tries to unearth the truth about her identity, all while running from a nefarious government agency. The series is based on the 2011 film of the same name from Joe Wright.

“I’m absolutely thrilled to be able to give Hanna a third season,” said executive producer David Farr. “When we set out on this journey, I had in my mind a drama that would excavate Hanna’s past, challenge her in entirely new ways and answer the question: can she ever belong? I am truly grateful to Amazon and NBCU that we are able to continue that vision. I am also deeply indebted to Esmé Creed-Miles and to Mireille Enos for their continuing commitment and enormous talent as we take Hanna and Marissa into new and unexplored terrain. It’s going to be an exciting third act.”

At the end of the first season, Hanna discovered she wasn’t the only one to emerge from the Utrax program with unusual skills. In the most recent season, she risks her newfound freedom to save her friend Clara. She forms an unlikely bond with a former enemy, CIA agent Marissa Wiegler, who herself has turned her back on the organization she once trusted. Season two lets Hanna dive deeper into the world of The Meadows. In the end, she’s left with more questions than ever about the Utrax program and her own identity.

Amazon will bring select shows to SDCC’s virtual Comic-Con@Home event in a few weeks. However, the platform has also created its own online fan hub, Amazon Virtual-Con.

Hanna fans can get a unique Virtual-Con experience with digital adventure game Hanna Unlocked. During Comic-Con, fans can visit Amazon’s site to play. The game drops players into the Hanna universe between seasons 1 and 2. Players will take on the role of a Utrax agent to gather intel and track down Hanna and Clara. After completing the mission, players will be shown footage leading into season 2. 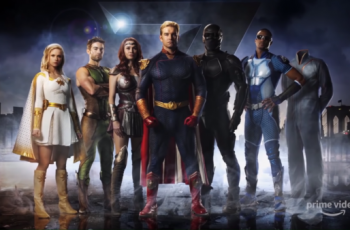 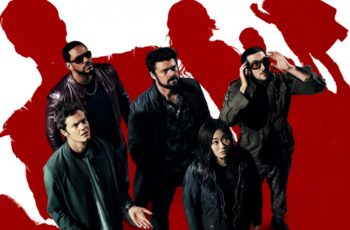 Amazon’s The Boys are back, and the Supes are hunting …