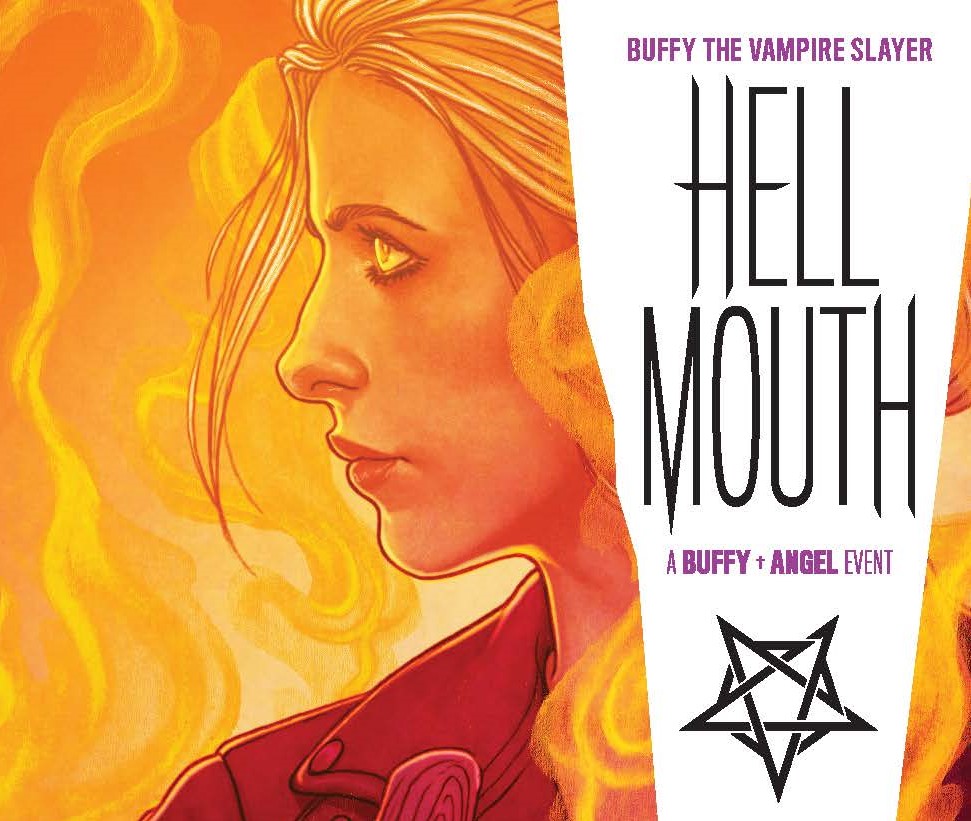 Taking the place of Buffy issues #8-12 and Angel issues #5-8, the five issue Hellmouth series shows our favorite vampire and vampire slayer finally teaming up. As the gates to the Hellmouth open in Sunnydale, the whole world falls under threat. Buffy and Angel must team up to stop the Hellmother from killing their friends and destroying the world.

The Hellmouth event released five issues, all of which are now available as a collection on sale July 15.

The below review contains spoilers for the full Hellmouth arc, issues #1-5.

Boom! Comics fans who have been waiting to see Buffy and Angel crossover will not be disappointed by Hellmouth.

Sure, the arc successfully escalates the doomsday-level evil forces the duo face down. But even more importantly, Hellmouth really brings the apocalypse home by keeping Buffy and Angel’s emotional journeys at the heart of all the chaos.

When Drusilla successfully opens the Hellmouth, creatures of the underworld begin climbing their way into our world. The Scoobies want to venture into the underworld alongside Buffy, but she refuses. Instead she instructs Xander to find Willow and help the people on the surface, who are being hunted down by the first wave of demonic creatures.

Buffy intends to fight her way down into the Hellmouth and go after Drusilla alone. But then Angel shows up and basically refuses to leave. They become (somewhat reluctant) partners, battling monsters side-by-side as they descend further into the depths of the unknown. These scenes are full of a variety of creepy-looking evils; the visuals really help flush out this vision of hell. Plus, the Buffy-Angel banter is top-notch.

One of the highlights of Hellmouth comes when Buffy and Angel get separated during their descent. They individually face off against the demon Ulfreth. Ulfreth causes people to see visions of their greatest fears – in particular, the ones linked to strong emotions like loss and failure. Buffy sees her friends and family dying as a result of the Hellmouth opening. Angel sees visions of the people he has failed: Helen, Francis, and Julia.

I like that Ulfreth succeeds as a villain both narratively and emotionally. Narratively, this demon provides a new challenge to our heroes – it’s not just thoughtless punching and kicking to take this one out. Plus, Angel’s visions draw on his previous experiences in his own stories – a good reminder we’re reading a big, cumulative crossover event.

Emotionally, the Ulfreth functions as a way for us to really get inside Angel and Buffy’s heads. Angel is still wracked with guilt for his past failures. Buffy’s terrified of losing everyone she cares about and ending up alone.

I also like the past/future dynamic inherent in their visions. Buffy’s encounter shows she worries most about the future. Can she keep everyone she loves safe? In contrast, Angel’s visions show he worries most about his past. Can he ever redeem himself? But underneath it all, they’re both asking the same question. Will I ever be good enough?

After Buffy and Angel reunite, everything happens fast. They find Drusilla and determine she’s just the messenger, not the “big bad.” That would be the Hellmother, who needs Angel’s body and Buffy’s blood to fully manifest and unleash the full doomsday event.

Oh, and Buffy learns Angel’s a vampire. (She’s not too happy about that.)

The Hellmother possesses Angel and uses his body to attack Buffy. Buffy – although still a little peeved he didn’t mention the whole vampire thing – doesn’t want to kill Angel. Luckily, Willow arrives with a number of familiar faces as reinforcements. She does some witchy stuff to separate the Hellmother from Angel again, allowing Buffy to take her out.

The final battle combines action, fan-service appearances, and emotional depth nicely. It also lays the groundwork for the future of the series without feeling heavy-handed. Overall, Hellmouth is a must-read for Buffy comic fans.

Hellmouth dropped a lot of hints as to where the Buffyverse will head next.

First, we know Angel might try to become human. He confirmed with a demon in the Hellmouth that it’s possible. Readers didn’t get to learn specifically what Angel would have to do to stop being a vampire though – just that it will be potentially difficult and definitely very unpleasant.

Second, we might be getting a multi-Buffy story a la Into the Spider-Verse. Hellmouth confirmed the existence of multiple universes/timelines, and it seems this will play significantly into the upcoming Buffy storylines.

Third, we’re getting a Willow spinoff! Willow leaves Sunnydale, starting her own witchy journey while dealing with the emotional fallout of Hellmouth. You can check out a first look at Willow #1 here and read our review on the first issue. 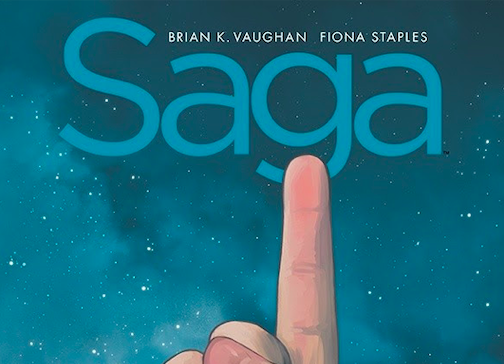 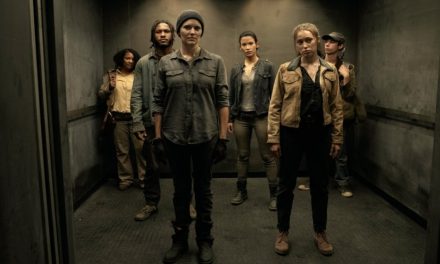