According to Wikipedia: “In 1905, John P. Harris and Harry Davis opened a five-cents-admission movie theater in a Pittsburgh storefront, naming it the Nickelodeon and setting the style for the first common type of movie theater. By 1908 there were thousands of storefront Nickelodeons, Gems and Bijous across North America.” Its now 2020 and theaters have been closed for months. If a Disney analyst is correct, Could an era be ending?

Could an Era Be Ending: Disney Analyst Predicts A Year With No Movies

Recently Disney analyst, Doug Creutz, stated he expects theaters to stay closed until summer 2021. He says the Covid 19 virus has impacted the movie business much deeper than people first thought. With a half full theater, too many movie companies refuse to release expensive blockbusters when they will not be able to profit from releasing them. If Wonder Woman is a $500 million movie, why release it when it cannot make over $200 million.

Some theaters opened, but many remain closed. One venue surging in popularity are the return of drive in theaters. Even Walmart is attempting to hold drive in theaters in their parking lots. The virus scares too many Americans from participating in inside activities.

Could an Era Be Ending: What Can Theaters Do?

With Hollywood continuously pulling its major blockbusters back, how are theaters supposed to open? Movies like Tenet and Wonder Woman keep pulling further and further back. How can a theater make money if Hollywood will not release new product?

Right now the only solution for struggling theaters lies in the past. Recently movies like Zootopia and Empire Strikes Back made headlines by topping the box office. Older movies at discounted prices turn out to be the last hope for theater chains struggling to open their doors, but this will not draw the needed numbers nor will this be a long term fix.

Could an Era Be Ending: End of the Movie Theater?

As this closure draws out, chains will have to keep a close eye on their books. Speculation already emerged that AMC, one of the larger movie chains, may file for bankruptcy before all is said and done. If some chains fold their tents, what happens then?

While not the same as a strike, any time a sport (looking at you Major League Baseball) strikes, there is a price to be paid. Attendance goes down. Fans quit caring. After all movie theater tickets are up to between $10-20 per ticket, and then add $15-20+ for popcorn and pop, and all of a sudden a family of four pays near $100 for a single movie, or….pay $6-12/mo.

Could an Era Be Ending: Streaming Wash Out

Streaming services are the rage in today’s world. Some companies gave up on the big screen and sent their lesser properties straight to streaming. Cable is struggling to compete, but if theaters can’t open before 2021, could streaming wipe out the movie going experience?

It remains to be seen the exact impact major streaming services like Disney+ and HBOMax will have on Blu-Ray sales, but why waste the time and money on a movie when it will be on a streaming service in 6 months? It may very well be that audiences choose the safety of home to the theaters. Hollywood will need to do so serious adjusting if theaters remain closed much longer. 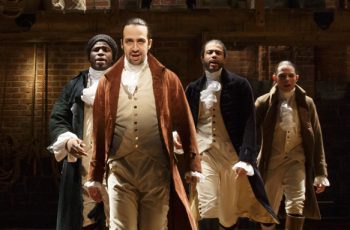 The original Broadway cast production of Hamilton made its streaming … 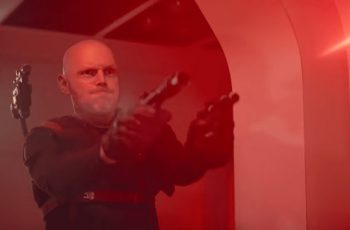