Goblin Slayer fans rejoice, for we’ve got a new anime film to see on Crunchyroll! That is, when July 28 rolls around.

“In the Hall of the Mountain King”, Anyone?

Goblin Slayer: Goblin’s Crown tells the story of the 5th volume of the light novel by Kumo Kagyu which spawned the anime. Basically, Goblin Slayer and his band of merry men and women take on a quest to investigate the disappearance of Noble Fencer and her party after they’d accepted a, guess what, goblin-hunting quest. Their quest will take them to the frozen wastes of the Northern Mountains, where they discover wonders and horror alike. And of course, goblins. Because it wouldn’t be Goblin Slayer without some goblins to slay now, would it.

When the party discovers a mysterious chapel in the mountainside that disturbs even the normally calm and collected Goblin Slayer though, all hell breaks loose. What was supposed to be a fairly straightforward rescue mission turns into a battle for their very survival as the party discovers a new goblin’s nest in an abandoned fortress on the mountaintop. What’s worse, these goblins have crowned their own champion: a Goblin Paladin. Basically, he’s the goblins’ Goblin Slayer, but he slays heroes instead of goblins. Yep, rough ride ahead for our heroes here, folks. Just like we’ve been waiting for from the guy who defies fate.

Don’t Say I Didn’t Warn You

For those of you who think Goblin Slayer might be an anime to watch with your kids, please don’t. Not unless you want to traumatize them for life. There’s a reason why Goblin Slayer, and by extension Goblin’s Crown too, is classified as a dark fantasy. The anime doesn’t skimp on the blood, gore, and assorted violence. And of course, the show also depicts graphic rape. Yes, you read that right. No, I’m not kidding. The very first story arc depicts the main character’s party being torn apart by the goblins, and the women of the party are sexually assaulted by the very violent and apparently horny goblins.

So yeah, this is for older teens at the very least. No kids allowed. Not unless you like visits to the local child psychiatrist.

Goblin Slayer: Goblin’s Crown is the very first anime film set in the Goblin Slayer universe. Now you too can experience the bloody action in all its HD glory on Crunchyroll on July 28. Catch you then. 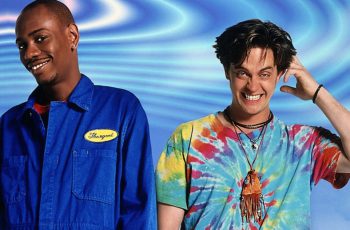 The sequel to the cult classic Half Baked is slowly … 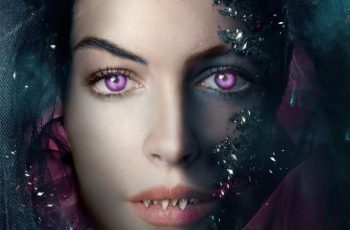 The 2021 remake of The Witches will apparently get the …