SDCC@Home is already underway. But one of the first Marvel panels is talking about a highly anticipated Disney+ series. Marvel’s 616 is the first anthology series produced by Marvel New Media and Supperclub. This series is also the first Non-Fiction series coming from Marvel New Media.

Gillian’s episode is the second one entitled “Higher, Further, Faster”. Taking viewers behind the scenes and shining a light on the trailblazing women of Marvel Comics.

Paul’s episode is the fourth episode entitled “Lost And Found”. In which he talks to comic writers and showing the audience a lot of obscure Marvel characters.

The Highlights From The Panel

What intrigues me the most about this series is that viewers will have 8 very different episodes with 8 different subjects being shown off.

Gillian mentioned that she got into comics as an adult. And she took on a massive chunk of Marvel history. Along with that, she also mentioned she researched a lot about the women who worked at Marvel both past and present.

As for Paul, he wrote a bunch of comics for Marvel years ago, so he knows the business of Marvel Comics. He loved seeing the passion of the creators at Marvel.

Paul also mentioned that he thinks of Marvel as a family reunion, where you have characters like Iron Man, Captain America, and even Captain Marvel. But then you have the weird and obscure characters that not everyone knows about.

This is one of the series I’m really excited about, just because you’re getting to learn a lot about the world of Marvel.

We don’t have a release date for Marvel 616 yet, but we should get one soon.

And for the latest SDCC news, you can check out That Hashtag Show. 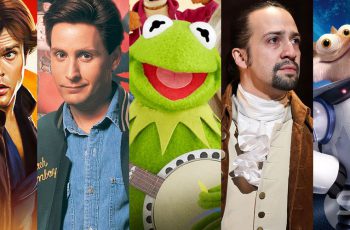 Ladies and gentlemen, I present to you: the Disney+ July …

We are just five months away from Disney+ releasing to …