Doctor Aphra may have lept to life on the pages of a Marvel comic…. But that didn’t stop her from becoming a fan-favorite, Star Wars canon character. In fact, she’s now into her second comic run, and has even earned her own Star Wars Audiobook Original story. At today’s Comic-Con@Home panel, we got to hear from the book’s narrators and author. Just how were they able to continue the morally bankrupt archeologist’s adventures in audiobook format?

Thus far, we’ve only had the pleasure of seeing Doctor Chelli Lona Aphra in comic form. The new Audiobook brings her, and her lovable murder-bots, Triple Zero and Beetee, to life much more robustly. The question is, though, why choose her for audiobook treatment? “Why not,” says editor Elizabeth Schaefer. “Aphra bursts off the page with such a strong voice. That, she says, makes the Audiobook format perfect for the character.

The new story takes its inspiration and basis from the Darth Vader comics in which we are first introduced to Aphra. This time around, however, the storytelling comes directly from the main character’s direct point of view. “She sits at this weird intersection where she’s always craving the most chaotic adventure,” says author Sarah Kuhn. “But at the same time she also has this survival instinct; it’s part of who she is… and those things are always in conflict.

Recording of the new story, it seems, was very intense. “Aprha is a larger than life character,” says voice actor Emily Woo Zeller. She plays the title character. The audiobook effectively takes the form of a monologue, presenting a challenging role for Zeller. Its almost as if the character is telling the story as one, long, stream of consciousness narrative. The hardest part for Zeller was finding those parts of the narrative where her delivery would color the scene sufficiently to convey the emotion of the scene.

The end result? A Doctor Aphra audiobook filled with authenticity of both story and character, in the writing and acting. 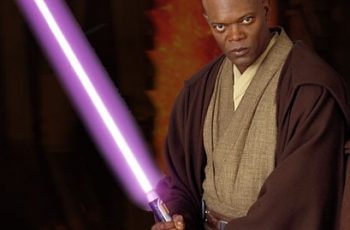 Recently, Samuel L. Jackson was asked by Stephen Colbert on … 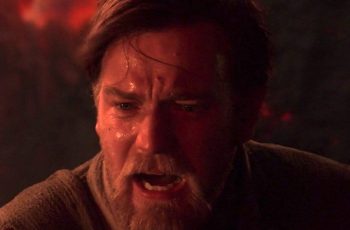 Not surprisingly, there’s a rumor floating around the internet recently …