During the Comic-Con@Home panel for Phineas and Ferb: Candace Against the Universe, the cast released a special sneak preview.

You can now watch the first song in the film below:

“Such a Beautiful Day” is performed by the character Candace (Ashley Tisdale). In it Candace discusses the struggles of having troublesome brothers like Phineas and Ferb. Karey Kirkpatrick & Dan Povenmire wrote the song produced by the film’s composer Danny Jacob.

Phineas and Ferb: Candace Against the Universe premieres exclusively on Disney+ August 28.

More about Candace Against the Universe

Candace Against the Universe follows the adventures of step brothers Phineas and Ferb as they travel across the galaxy to rescue their older sister Candace after she is abducted by aliens. Meanwhile, Candace herself finds utopia in the form of a far-off planet free from pesky little brothers.

The movie brings back characters from the popular animated series Phineas and Ferb.

Next, hear more from the cast about the upcoming film by watching the panel below.

For more updates from Comic-Con@Home, be sure to check back to That Hashtag Show. 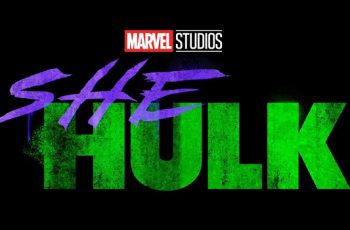 Marvel just can’t quite keep itself from dropping bombshell announcements …

Yesterday, we revealed the first image from the live-action Aladdin …