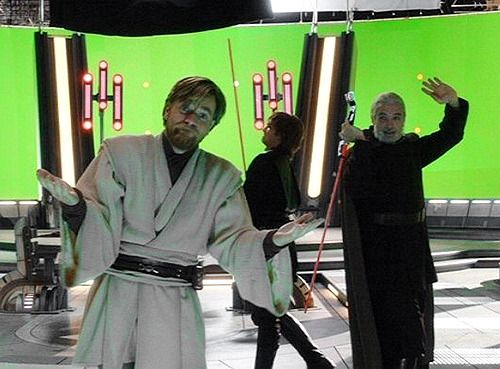 There’s been an awakening surrounding Disney+’s Obi-Wan Kenobi series, as rumors speak of production restarting in September. Have you felt it?

According to Making Star Wars, production for the Ewan McGregor-led miniseries will restart in Los Angeles sometime in September. Filming could start at the Los Angeles “train yard” location, featured most recently in the Disney Gallery / Star Wars: The Mandalorian episode “Legacy”. In that episode, Scenes from the planets Nevarro, Arvala-7 and Tatooine were visible. Kenobi director Deborah Chow used the location to film The Mandalorian episode 3’s exterior shots, so her familiarity with the location could bode well for production.

I’ve got a bad feeling about this…

However, MSW is quick to caution about concrete start dates in the production schedule. Production could mean a start of rehearsals, script meetings and other development within. So according to MSW, this could mean actual filming at the “train yard” could possibly start in October.

This unconfirmed news is the first received about the show since January. At that time, production was underway at England’s Pinewood Studios when Lucasfilm president Kathleen Kennedy shut it down.

According to Collider, Kennedy wanted a script rewrite, as much of Kenobi’s elements were too similar to The Mandalorian. We learned in April that Kenobi’s scripts were being rewritten by screenwriter Joby Harold. Harold is most famous for screenwriting Edge of Tomorrow and John Wick 3: Parabellum. Harold took over rewrites after Drive screenwriter Hossein Amini left the project back in January.

Should we get our (new) hopes up?

At this moment, rumors are all we’ve heard about this and other Star Wars properties. Lucasfilm has remained tight-lipped about all their live-action projects this year: Their absence from San Diego Comic Con At Home and the cancellation of Star Wars Celebration 2020 has left many speculating on scraps of information. But if MSW’s reports are true, fans could be much closer to the return of (the only?) bright spot in the prequel trilogy.

What do you think about this news? What would you like to see in this new production? Leave your comments below – I’m sure someone will read them (I won’t, but someone might).