This past weekend, WWE ran two huge events. Set in their new home of the Amway Center in Orlando, Florida, and the Thunderdome. Keith Lee lost his NXT Championship to Karrion Kross in a thriller. The next night Roman Reigns shocked the world and made his return, taking out Braun Strowman and The Fiend. During the broadcast for Summerslam, WWE announced that Keith Lee would make his way to Monday Night Raw. Roman and Keith Lee are on two separate brands, but with Survivor Series and a brand-swap coming up soon, we could see the two titans face-to-face. Here’s why it would behoove WWE to put these two together in a feud down the line.

Have You Seen Keith Lee Work?

Keith Lee should not be able to move like he does. He’s a gargantuan human being that moves like a cruiserweight. Roman Reigns is larger than life and the perfect person to carry the torch for WWE in this time of turmoil and ratings dips. I’m sorry to Drew McEntyre, but Roman is the standard bearer for the company. Without him, they were aimless, now they have their captain back.

Roman is definitely going to feud with The Fiend over the Universal Title. So that needs to happen before we get the eventual dream feud of Lee and Roman. Keith Lee also needs to build up his credibility with the RAW audience that doesn’t know him from his time in NXT. So this isn’t going to happen next week. But when you look at the best feuds that Roman Reigns has had, the majority of them are with big guys that he can sort of bump around for. That’s not to take anything from Seth Rollins or AJ Styles though.

Roman got a fantastic match out of pre-workout bod Big Show at Extreme Rules 2015. He’s had great matches with John Cena. Roman dragged the Undertaker to a passable match at Wrestlemania 33 when it was clear the Deadman wasn’t at his best. Roman and Brock Lesnar had what could be the best match of the WWE World Heavyweight Championship era at Wrestlemania 31.

Roman And Keith Lee Would Be Money

In the world of WWE, I just want to see two big guys duke it out. It’s really that simple. Keith Lee’s move to the “main roster” (NXT is really on the same level in my book) is a fantastic one. He has plenty of options that can build him up to the star that he needs to. I’m not going to comment on the history of Vince McMahon destroying NXT callups.

This feud could happen this year, next year, or some other time, but whenever it does, I’m sure they’d be MONEY. Just like the feud that I proposed between Seth Rollins and Samoa Joe, you don’t need much buildup. They can both just be vying for the top spot in the company or just a mutual respect. I don’t need a fancy buildup for a match, I just need the two dudes duking it out.

And also, take a note from John Cena’s book and just have it be for glory. We don’t need a title match between these two. In fact, having a one-off at Survivor Series could be a dry-run for a future months/years long feud. In addition to Roman, I would kill to see Lesnar vs. Lee, but at this point I’m convinced that Lesnar wouldn’t have a match longer than six minutes with anyone.

Big E Vs. Keith Lee/Roman Reigns Would Also Sell Itself

In the same vein of big guys who can move like they’re 100 pounds lighter, Big E has some potential with his newfound singles run. I wouldn’t mind seeing him and Roman lock up on Smackdown while Keith Lee tears it up on Raw. Either way, Keith Lee’s arrival on the main roster is sure to bring some great matches with it.

So, what do you think of this? Do you want to see Keith Lee vs. Roman Reigns?

Let us know in the comments or on Facebook at THS Wrestling. Give that page a like for all the most up to date wrestling news and our weekly wrestling show on Sunday at 7:00pm.

For more on Wrestling, WWE, or any other general pop culture, make sure to check back to That Hashtag Show. 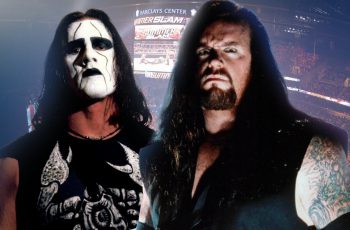 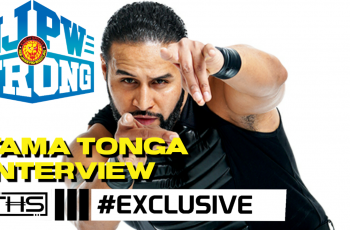