This issue from BOOM Studios! picks up after the huge cliffhanger of issue #51 with the Dark Rangers and sudden reappearance of the one and only Rita Repulsa!

Yep, Lord Zedd has used the power of the green chaos crystal to make his own team of rangers, again. But these rangers aren’t out of the bargain bin like the “team” we saw on screen years ago. These dark rangers are menacing a truly evil-looking. Cheers to Dan Mora’s design!

The Return of Rita

So yea Rita is back, as she is in typical bad guy fashion monologuing she gets ran thru by Zedd’s Z staff only to reveal she is a very accurate imposter putty created by Finster. So good that Zedd even complimented Finster!!

Once Zedd powers up the Rita Re-Replica (yes I went for a play on words) a massive multipage battle ensues. But what makes this even better! The Dark Rangers MORPH! Using morphers that look very much like the 2017 movie morphers. They even have the audacity to say “It’s Morphin’ Time!”

The rangers are seriously getting their butts kicked over several pages of panels till it escalates into a blaster battle but the Dark Rangers don’t have blasters or weapons of any kind. Zedd shows up and decides to up the stakes calling upon the TERRORZORDS!

Before the Dark rangers attacked. Billy and the OG Red Ranger, Grace Sterling, are trying to figure out a way to restore the Green Power Coin by studying the Psycho Green Dagger! Billy is excited hoping to share the good news with Zordon.

Grace interrupts Billy saying she was going to help restore the Power Coin, not hand it over to Zordon. She wants to have her pick to choose the next new Green Ranger. Billy goes on about teamwork and Alpha 5’s complex algorithm that chooses the potential candidate. Grace also has her list of potentials too. After hearing billy out she recommends the obvious choice, Drakkon! He already knows how to handle a Morpher and power. Billy protests, Grace says she will put safeguards in place, in a worst-case scenario situation.

Thoughts from the Morphing Grid

All in all this issue was mostly filler. The fight sequence took up 15 pages, that’s more than half of the book! If that was on the small screen it would have taken all of 5 to 7 minutes, not counting morphing sequences. It was nice to see Grace come back and the idea that the Psycho Green powers could lead to our newly designed Green Ranger.

Did you enjoy this issue let us know in the comments below! or follow us on Facebook. Stay tuned to ThatHashtagshow.com for everything trending in ranger related and Geek Pop Culture! 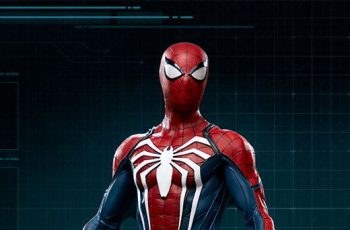 If you are a fan of Spider-Man, then you will … 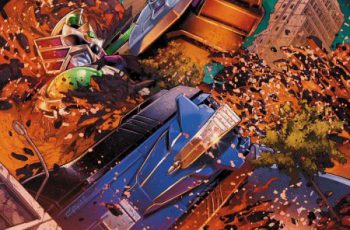 Issue #44 of the BOOM! Studios MMPR comics is releasing …