Unless you live on an island with no communication to the outside world, 2020 has been quite a year.  Worldwide pandemic causing quarantines, political unrest, riots, murder hornets…OK so the murder hornets never showed up, but still all the other stuff. Many of us have turned to entertainment at home to pass the time and forget the problems outside our doors. Which is why the passing of public figures, such as Chadwick Boseman, has been so magnified this year.

This year has already dealt so many blows.  Max Van Sydow, Ian Holm, Carl Reiner, Jerry Stiller, Kelly Preston, Fred Willard and Naya Rivera are just a few of the stage and screen names that immediately come to mind.  I could easily list more if I included music and sports icons as well. However, with Chadwick Boseman it is especially tragic as he was only 43 and had so much more to give.

I obviously didn’t know Chadwick personally, because I’m just a regular guy typing on a computer nowhere near the Hollywood limelight. However, he graced my home numerous times as my wife and I would watch and rewatch the MCU films he was in.  His introduction in Captain America: Civil War was nothing to the impact he made when Black Panther hit the screens in 2018.

So I ask myself, why do I feel so sad for a man I didn’t personally know? I can only judge him on the impact he left on this world. In the event you have no seen the little picture of me on the website, I am not a black man.  So while Black Panther was an awesome comic book movie, for me it was just another Marvel comic book on the big screen.  However, for my friends John & Nikki it was something completely different! It was the realization of comic book hero they never thought they’d see in live action. Chadwick was T’Challa to them.  They cosplayed the characters from the movie at a con that year. They took their children multiple time to the cineplex to see the film. That was his impact!

I can also gather from the out-pouring of condolences on social media that Chadwick was very loved and respected by the Hollywood community.  Tributes poured in with #ChadwickBosemanRIP from the likes of Angela Basset, Toma Holland, Mark Ruffalo, Zoe Saldana and Kevin Feige to name a few. Chris Evans, who shared a ton of screen time with him, had this to say about him:

The true depth of a person is to examine what they did while they were here.  Chadwick Boseman appeared by all aspects to be a fiercely private person that kept himself out of the bright lights of Hollywood when he was not working. If you look through his Twitter account back to September 2018, when he would have been in the middle of his own battle with colon cancer, he still gave of himself.  While most people may have sat home, he went to St. Jude Children’s Hospital and visited children battling cancer. He brought a smile to their faces, secretly knowing exactly what they were going through.

You will be missed Chadwick Boseman.  You will always be T’Challa, the King and Black Panther to me. Rest in peace!

Voting season for the Oscars is quickly approaching and the studios … 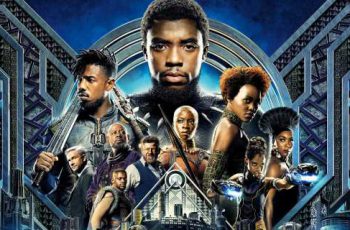 The 2019 Golden Globes nominations were this morning, and Marvel …