Nick Antosca is turning out to be a bit of a rising star in the Horror genre. He’s been part of SyFy’s Channel Zero, an anthology series that was based on internet creepypasta stories. The worlds start off as normal as any other story but quickly swirl into the strange, weird, and terrifying. Channel Zero has a new home on the horror streaming network, Shudder. You can read about Shudder’s 61 days of Halloween here.

Antosca is also part of the production team for SyFy’s upcoming Chucky series. Not to be confused with the reboot of Child’s Play from last year. This series gets all the principal creators and Brad Dourif in one place for Child’s Play fans. He spoke with io9 of Gizmodo about his upcoming projects and the upcoming show.

What’s Going To Be Special About This Show

Brad Dourif returning as Chucky is probably the most exciting development on the new show. He was sorely missed in the Child’s Play reboot, no matter how good Mark Hamill was. Chucky is his character. Nick Antosca had this to say about the show.

Don (Mancini, original creator of Chucky) wrote an awesome show. He’s showrunning it, and he had a great writer’s room. I’m cautious about talking details, but we’re working on it every day. As a Chucky fan, I’ll just say I’m over the moon that Brad Dourif is back as Chucky, as well as some other familiar characters, and that I think fans are going to love where Don is taking it — and new audiences as well. It’s scary, it’s really funny, and it’s very smart. Nobody knows Chucky better than he does, and he’s pushing the boundaries yet again. I can’t wait for everyone to see it next year.

Also joining Brad Dourif in a return to the series is Jennifer Tilly. The series is going to be a continuation of the series rather than an all-out reboot. So films like Bride of Chucky, Cult of Chucky, and Seed of Chucky are all in play.

The Official Synopsis For Chucky

After a vintage Chucky doll turns up at a suburban yard sale, an idyllic American town is thrown into chaos as a series of horrifying murders begin to expose the town’s hypocrisies and secrets. Meanwhile, the arrival of enemies and allies from Chucky’s past threatens to expose the truth behind the killings, as well as the demon doll’s untold origins as a seemingly ordinary child who somehow became this notorious monster.

So, what do you think about this sequel series to Chucky? Are you going to watch it?

For more on SyFy, Horror, or any other general pop culture, make sure to check back to That Hashtag Show.

Hunting Season Opens September 14th, Get Your Popcorn Ready In … 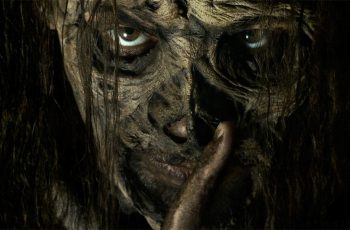 The best thing to happen to the The Walking Dead …