As if Xbox Game Pass wasn’t enough of a value. They’re now adding EA’s version of “Game Pass” in EA Play. Microsoft made the announcement official this morning. What this means is that in addition to the hundreds of games you can stream on your PC, Xbox One, Xbox Series X, S, or Android phone, you’ll get access to EA’s huge library. They’re bringing EA Play to Game Pass on September 15th.

Microsoft had this to say about it.

Formerly known as EA Access and Origin Access, EA Play will bring the best of EA to Game Pass, including:

More than 60 of EA’s biggest and best console and PC games like FIFA 20, Titanfall 2 and Need for Speed Heat, as well as titles from some of EA’s most popular franchises like Battlefield, Mass Effect, Skate, and The Sims.

Access to trials of games for up to 10 hours from best-loved franchises and top titles like Madden NFL 21 and FIFA 21.

Not only will EA Play titles be available on console and PC, this holiday, some of the best EA Play games will also be available for Xbox Game Pass Ultimate members to play on Android devices via the cloud at no additional charge.

With the news yesterday that the Xbox Series S would cost $299 and not have a disc drive, this is the perfect option. Xbox Game Pass is being pushed hard by the company and it’s not hard to see why. Regardless of console ties, you can see that it’s a huge value that is even better now. EA might not be everyone’s favorite company in the world, but they still put out some great games. So being able to play all these games with your subscription makes it even more worth.

When you add this to the fact that you get every first-party Microsoft game, it’s a recipe for success. If this generation comes down to what games you want to play, Game Pass gives you the best Netflix-like option. No more $60 remorse for a game you might not like, just delete it from the hard drive, and download a new one.

So, what do you think of EA Play partnering with Game Pass? It’s pretty exciting.

For more on Xbox, Xbox Series X, or any other gaming content, make sure to check back to That Hashtag Show. 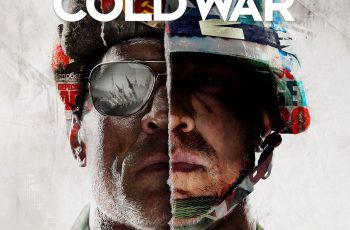 Our friends at Call of Duty Tracker and some crafty …

General Grievous has just launched into Star Wars Battlefront II, and he …