It’s no secret that Disney era Star Wars video games got off to a rough start. There were complaints of no single-player campaign in the first Battlefront. And let’s not forget the incessant micro-transactions required in Battlefront II. Fans were irked to say the least. And then came Fallen Order. The journey of Cal Kestis turned gamers’ opinions of Star Wars gaming back to the Light Side. This coming October EA seems to have upped the ante even further with Star Wars: Squadrons. In anticipation of the game’s release, ILM, EA and Lucasfilm just released a stunning new Squadrons CG short, Hunted. Quite honestly, it rivals almost anything in the Disney Star Wars era to date.

Here’s the official synopsis from starwars.com:

Hunted tells the story of Imperial pilot Varko Grey in the wake of another failed mission after the destruction of the second Death Star. It’s one of the few pieces of linear Star Wars storytelling that’s told from the Empire’s point of view and makes the audience feel strangely sympathetic for Varko, as the pilot risks his own life to save a squadmate, finds himself left behind by his commander, and leads his enemy through canyons on a never-before-seen planet, Var-Shaa, in an effort to survive.

One of the central themes throughout all of Star Wars has always been the perception of events “from a certain point of view.” In Hunted, we get to see the Empire’s fall through the eyes of Imperial pilot Varko Grey. The Empire’s might literally crumbles around him, making this pilot, usually faceless behind his helmet, decidedly human.

Varko is still a committed idealist and someone who you think is probably a pretty dangerous individual and has done some terrible things. But his entire galaxy has just flipped on its head…. [S]eeing his reaction to the fact that what he cherished and believed in may be lost, is as human an experience as you can get. It’s part of the power of the storytelling of the game and the short.”

~ James Waugh, vice president, franchise content and strategy at Lucasfilm and part of the development team for Hunted

Hunted doesn’t just deliver poignant storytelling in under seven minutes, however. It also delivers stunning, movie-quality visuals, courtesy of ILM. Though computer generated, the imagery rivals, and I dare say even surpasses, what we saw in the Star Wars prequels.

If the combination of storytelling and imagery from Hunted truly carries forth into Squadrons, games are going to be in for a treat.

Star Wars: Squadrons arrives for most gaming platforms October 2, and is available for preorder. 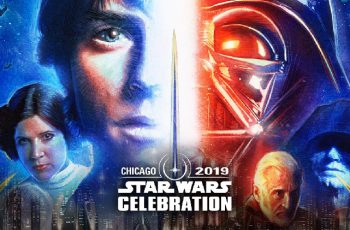 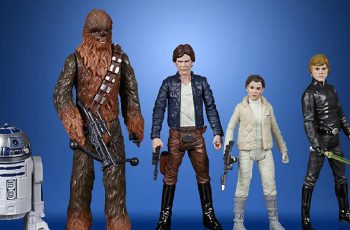 Black Friday in recent years has gone the way of …