Star Wars just can’t free itself of controversy. The latest surrounds Gina Carano, who portrays Cara Dune on Disney+‘s The Mandalorian. She’s recently come under fire for what some perceive as her lack of support for the transgender community. The former MMA fighter has declared her social media platform preferred pronouns as Beep/Bop/Boop. While the terms seem to refer back to the noises of Star Wars droids, Carano’s act has nonetheless certainly stirred up the Twitter community.

As the result of her beeping, bopping and booping, Carano finds herself the latest target of Twitter-sphere hostility. Some have responded with, and I quote:

“You’re ignorant af and I hope you get fired from Mando.”

“You’re hating with a smile.”

“All love no hate. lmfao. You literally follow neonazis.”

“Disney should reconsider working with you.”

“You’re fat and ugly and I hope you lose your career.”

…and those are the mild ones. Other tweets—since deleted—include racial slurs, assault threats, rape/sexual threats, and death threats. Carano responded to another fan that she has dealt with this “every day for months”, and that this has “zero to do with mocking trans people & to do with exposing the bullying mentality of the mob that has taken over the voices of many genuine causes.”

It’s hard to read this and not think about Jake Lloyd, Kelly Marie Tran, and Ahmed Best. There are stark differences for the reasons behind these arrows being slung, but the undertone is the same. Tran deleted all of her social media from the Episode VIII backlash. Best and Lloyd contemplated suicide over the vitriol aimed at them for their respective Star Wars portrayals. While those were more for poorly written on-screen issues, they were bullied nonetheless. You could even bring in Hayden Christensen to the conversation. He stayed away from Star Wars anything for years because of the hate he received.

Carano is not being blasted for her on-screen performance. Hers is over a willful choice. A choice that has angered a marginalized community. Cara Dune is (or at least was) a beloved character on a beloved show. Now it seems there is a part of the fan base rooting against her. So what do you think, Hashtaggers? Is she a bully, or is she the one bullied?

Is She a Bully or Bullied? This Writer’s Opinion

Before revealing my opinion, we have to lastly note that Carano has been accused of being “transphobic.” Webster defines it as “an extreme or irrational fear of or aversion to something.” By that definition, if you are trans-phobic, That means you display these fears and aversions when it comes to transgender people. I scrolled back into 2018 through Gina Carano’s Twitter feed, Instagram, and Facebook page. Guess what I found? Huge support for ending human trafficking, funny memes, amazing fan art of Cara Dune, and pictures of her beautiful smile. What I did not find was any extreme or irrational fear or aversion to transgender people. Not one tiny bit. She is an ally. She’s one of the good ones, and that may be on the road to ruin.

So, is she a bully or bullied? For me, this is a clear case of bullying against Carano. I fully support her right to put whatever she wants in her profile. You can still be an ally regardless of what pronouns you use. I can’t wait to see her in The Mandalorian Season 2. 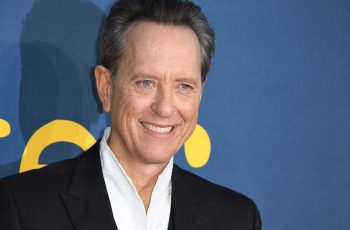 The former General Pryde from Star Wars: Rise of Skywalker … 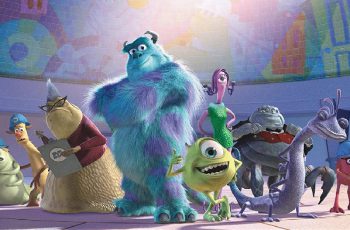