Magical Girl Friendship Squad is a new show coming to SYFY on Saturday, September 26th at Midnight…ish as part of the late-night adult animation block TZGZ.  The show is very reminiscent of Sailor Moon with a hint of Drawn Together. Magical Girl Friendship Squad tells the story of 2 BFFs, Alex (Quinta Brunson) and Daisy (Anna Akana), who are very much lost in life. One day, a magical, talking Red Panda named Nut (Ana Gasteyer) appears and gives the girls the ability to transform into “badass magical girls!” Alex and Daisy are then tasked with the job of fighting evil by moonlight…wait, wrong show…Alex and Daisy are then forced into saving the Universe from one bad guy at a time.

Sarah of Smells Like Teen Angst had a chance to chat with Matteo Lane who plays the Villain Corvin on the show to get a little more detail and tell everyone why they should watch this fantastic show! Below you can find the abridged answers. For the full interview, watch the video above.

The Interview With Matteo

Q: What is the show Magical Girl Friendship Squad and tell me a little bit about the character you play.

Matteo: The show is a modern day Sailor Moon, but funnier and more intune with what is happening today. I play Corvin, the perfect character. I’m an evil villain.

Q: How did you come up with Corvin’s voice?

Matteo: I modeled his voice after my friend Nick.

Q: Does Nick now you did this?

Q: In the show, the evil company is stealing agro-energy from humans in order to power whatever evil thing they have going on. In order to obtain this energy, they have an entire department writing troll articles to make people mad. What would your Agro-energy stealing article be about?

Matteo:  How do I make this not political? Um, anything involving pasta! As an Italian, I’m watching everyone making their pasta on Instagram and it all looks like shit. No one knows how to make it. It all looks like a sponge. All taking pictures like “oh, look what I made! A bolognese!” Get out of here! It looks like crap.

Matteo: A picture of Barbara Streisand or Liza Minelli’s eyelash.

Q: What is the takeaway, besides a good time, you’d like viewers to have about Magical Girl Friendship Squad?

Matteo: A GREAT TIME! No, I guess it would be that it’s nice to see different representation being superheroes. It’s not like Captain America, The Hulk, Iron Man, Scarlet Witch. It’s nice to see diversity and people who are not the standard in Hollywood doing the same things, but more fun and better. This is for all the misfits.

Q: What are your hopes for Corvin if you get a season 2?

Matteo: Picks up a hobby; something that makes him happy like baking. Maybe finds love. I’m saying that for myself because I’m desperate for a boyfriend right now.

Matteo: If you like to laugh, and you like a really fun time, and you need an escape right now from everything because it’s so horrible on the news, you need to watch this show. Also, watch for me because if you watch we get a season two, and then I can keep paying rent. 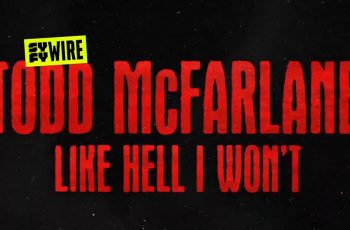 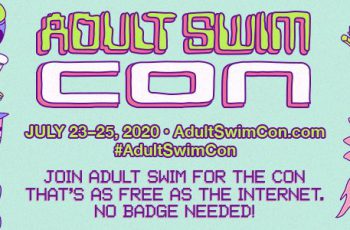 It is unfortunate that the beloved Adult Swim on the …