Some time in the immediate future, and everything’s gone wrong. From space, Earth can be seen covered in toxic clouds. There are no signs of life.

No, that’s not a prophetic glimpse at next week (hopefully). It’s the start to a Netflix movie starring George Clooney.

The Midnight Sky tells the story of a NASA spaceship returning to Earth. The crew of the Aether just discovered a breathable atmosphere and habitable climate on one of Jupiter’s moons. But their excitement to share the good news disappears when they catch their first glimpse of Earth again.

Clooney plays Augustine Lofthouse, a scientist self-isolating in the Arctic. A scientist who just may be the last man on Earth. During the course of Midnight Sky, Augustine will attempt to stop the astronauts from returning to a mysterious global catastrophe.

Apocalypse stories usually hold a grain of truth. It’s their real potential that makes them so frightening. And this story is no exception – even though Clooney couldn’t anticipate its strange timeliness. After all, shooting for The Midnight Sky wrapped in February.

“There wasn’t the pandemic, and we hadn’t set the whole West Coast on fire,” Clooney told Vanity Fair. “I mean, the picture we show of Earth [in the movie] doesn’t look that much different than the satellite pictures of the West Coast right now.”

In fact, the original story came out a few years ago. The film is adapted from Lily Brooks-Dalton’s novel Good Morning, Midnight. (For the record, Brooks-Dalton set her apocalyptic tale in the year 2049.)

“It’s science fiction,” Clooney said, “which unfortunately is less fictional as we move through the days.” 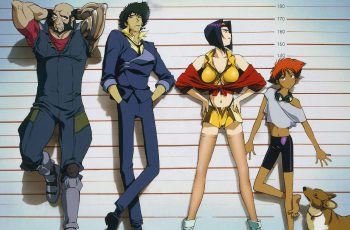 COWBOY BEBOP ON NETFLIX Netflix announced they would be streaming …