It’s that time of year for Hasbro Pulse, because they’ve just announced a new model for their Star Wars Black series for the holidays: an Imperial Stormtrooper dressed for the occasion.

This 6″ tall Imperial stormtrooper in minty green and festive red is Hasbro’s way of saying “Merry Christmas”: Star Wars-style. Even the pattern on the stormtrooper’s armor resembles a knitted sweater. Although in this case, said sweater is made of plasteel.

Aren’t You a Little Festive for a Stormtrooper?

As you can see, the Holiday Edition Stormtrooper’s armor features a pleasant scene of an AT-AT marching across a frozen wasteland to its target. BUT, you can also see an X-wing raining down destruction right above multiple symbols of the Rebel Alliance. Clearly, this is no stormtrooper, but a rebel infiltrator wearing poorly disguised armor. Shoot the rebel scum!

The Holiday Edition Stormtrooper comes with a halberd colored in candy cane striped for that festive cheer. It also has movable joints so that you can put it in whatever pose you desire with that halberd. And lastly, as a bonus, the whole thing comes with a snow-white Porg figurine. You know, so you can pose with the stormtrooper gazing hungrily at it, wondering how it would taste roasted over an open fire.

The catch here is how to get this Holiday Edition Stormtrooper. According to CNN, this figure is available from Amazon for $24.99. However, when you click on the link, you’re taken to a page where the figure clearly isn’t there. You can scroll through the results as much as you like, but you won’t be able to find it anywhere. Maybe the link is broken? Or Amazon is out of stock? Whatever the case may be, we’re going to have to wait a while before we get it from Amazon. Or anywhere else, for that matter.

The Holiday Edition Stormtrooper Hasbro made for their Star Wars Black Series is supposed to be available from Amazon for $25. However, due to a technical error, it’s not there. We’ll just have to wait and see for more news as this story develops, and hope that Amazon fixes this.

Solo: A Star Wars Story is not a great movie. … 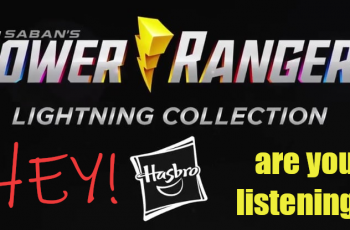