Sorry. This isn’t going to be an article bashing Halloween III: Season of the Witch. I know it’s now the in vogue thing to praise this film for being an underrated horror classic. Just like it was the hot thing to do, to bash the film for being a Halloween film without Michael Myers. I really enjoy the film, but this isn’t going to be a review. Today as part of THS Fright-A-Thon, we’re going to look at the origins of Halloween III and the reasons why a film like this should have worked. But don’t fret, if you’re a fan of the film, you’ll be able to hear my thoughts on it throughout. Let’s start off with the background on Halloween III: Season of the Witch for those who might not know about this film.

Before you know about Halloween III, you need to know about Halloween I and II. Obviously, if you’re reading an article titled “Fright-A-Thon”, I’d sure hope you’ve seen the first Halloween film. Simply put, it was a revelation. It didn’t invent the slasher genre, but it did become the gold standard that EVERY film in that subgenre would copy. If you’ve seen a slasher from 1978 an on, it’s taken from the original Halloween. John Carpenter struck a chord with audiences that hasn’t been seen since that film. It was terrifying. It preyed on every emotion that anyone who’s babysat or been alone on a spooky night has felt. The Shadow (as he was known in that first film) could be around any corner. Michael Myers was a freak of nature. Doctor Loomis was the perfect foil to the physical horror of Michael.

He was cerebral. He was wise. But he had that bit of crazed manic energy to him. At points he’s going guns blazing after Michael. At other points in the film, he has a giddy school-boy energy looking after the monster that was under his bed. If there’s a role in horror films that can never be matched (sorry Malcolm McDowell in the TERRIBLE Rob Zombie Halloween remakes, he was the best part of them though), it’s Donald Pleasence as Loomis. Enough about the original Halloween though, that’s a review for another time. (October 31st anyone?).

But What About Halloween II

Halloween II was not as good as the first film. But being one of the first of it’s kind to get a sequel, it’s not like we had a blueprint to follow. It took a full three years to make a sequel, with the studio probably begging and pleading for John Carpenter to do it. Eventually he would relent and write the script but not return to the director’s chair. It was set minutes, even seconds, after the first film’s ambiguous ending. Michael continues his massacre leading to Laurie Strode being put in a hospital for her injuries. Doctor Loomis and Sheriff Brackett continue the manhunt. Strangely, there are kids wearing the exact same costume as Michael Myers, as if he’s now a popular Halloween costume.

This film was directed by Rick Rosenthal. While it is inferior to the Carpenter original, it still stands up as one of the better horror sequels out there. It has a different pace, that is the opposite of the slower, methodical pace of the original. This film goes at a more frenetic speed and also doesn’t pull any punches with the violence. Michael Myers, Dr. Loomis, and Laurie get brutalized in this film. With Michael’s fate being one of the worst he or any other slasher villain have endured.

It set up for no sequel. Michael was dead and gone. Laurie was emotionally broken and Loomis sacrificed himself to save her. The ends were nicely tied up and the last scene of Michael’s burning body as the Halloween night evaporates with the first sunrise of November is haunting.

So Where Do They Go From Here With Halloween?

So imagine if you’re in a board meeting. What are you supposed to do from here? Michael Myers is as dead as he’ll ever be in human history. You don’t have the magical “fuck it, just bring him back” horror excuse yet. So someone gets a bright idea. That someone is John Carpenter. Because of course the studio brought him back to probably try to grovel to get him to make a new one. His idea? Each year, tell a different Halloween story. Make it an anthology series. Nigel Kneale, Tommy Lee Wallace (director and writer of Fright Night Part II), and John Carpenter all did various work on the script, with an uncredited Kneale doing the majority of the heavy lifting.

Kneale originally wrote a more comical, mystery screenplay based on the world of Halloween and the holiday. The story goes that Kneale’s dialogue was butchered when the script was translated to Italian for producer Dino De Laurentiis. Tommy Lee Wallace and John Carpenter did rewrites to make it more horror based and gory. Kneale wanted his name taken off, and Carpenter was uncredited for his rewrites. So Wallace is the only one credited for the script to this film.

So instead of Michael Myers, you’re going to get a new story every year. This first one would take Halloween back to it’s evil, satanic, sacrificial roots. It wasn’t long ago that Halloween was a ritualistic day of debauchery and sacrifice. Like the movie says, the streets ran red with blood of the sacrificed.

So They Ran With The Sacrificial Origins Of Halloween… And Stonehenge

The film is strange to say the least. If you go into it expecting the same quality or tone of the original Halloween films, you’ll be heavily disappointed. But, and it’s a big but, if you go into this one with an open mind, you’ll be pleased. The film stars Tom Atkins, Stacey Nelkin, and Dan O’Herlihy in the three main roles. Atkins and Nelkin as the duo trying to stop the evil toy maker O’Herlihy from killing the nations children. O’Herlihy’s Conal Cochran runs the Silver Shamrock toy company. They make new masks just for the Halloween season that children are sure to love. Except the mask kill the children when a certain broadcast frequency is played on TV.

Yes, you read that correctly. This film has the goddamn stones to kill a kid, and multiple kids if you choose to believe the bad ending of the film. For the sheer weird and wacky story, the film does a fantastic job of capturing the essence of Halloween. The shots of Halloween day turning into Halloween night and kids going out to trick or treat could be used as stock footage. They capture that feeling so well.

Back then, it was Michael Myers FEVER. There was Hulkamania in the WWF, and there was Michael Myers. People wanted to see more Michael. And by 1982 we were really in the full swing of things for slashers. We had Friday The 13th Part III by now. That audience had their new genre, and they wanted more bloodshed of teenagers. They didn’t want a quirky, strange plot about corporations trying to cull populations of children with masks. These days, with CG effects dominating and filmmakers making increasingly bad reboots/remakes of classic horror (Halloween 2018 and the upcoming Halloween Kills aside), people want their original stories. Shows like Black Mirror, Creep Show, and various properties that air on Shudder are showing that anthologies are back in a big way.

I mean what better shot to take on that new idea, than giving someone the yearly reigns to a Halloween film. It consistently takes more and more to frighten us in 2020. We’ve seen everything horrifying and then some. What if instead of constant supernatural crap getting churned out trying to one-up each other with demons and ghosts battling for the souls of the living (although this sounds kind of badass now that I think about it), make it simple, stupid.

Smaller Is Better In Horror Right Now And It Was Better For Halloween III: Season Of The Witch

Like those bigger budget, sequel filled, increasingly more convoluted supernatural doll/spirit/demons/whatever films, the Halloween series needed this third film. It was a reset for not just the series, but a reset for all of Halloween. The film did not do well upon release and Michael Myers was quickly brought back in Halloween 4: The Return Of Michael Myers. It was the first film in the series to have no connection or involvement from John Carpenter or Debra Hill. The following Halloween sequels are also seen in a better light these days, but they pale in comparison to the original films.

The later sequels added more to the Michael Myers mythos, but muddied the waters with standard slasher sequels. Where Halloween III: Season of the Witch tried to be inventive with the holiday of Halloween, it didn’t work with audiences. The innovation was frowned upon. More of the same, and more of it.

You don’t need to reinvent the wheel in horror to get a good scare. People have been terrified of film since the first days of the medium. But what you do need to do is adapt and change at certain points. In 1982, people just weren’t ready for what Halloween III was selling. I’m sure that if released today, the film would fare much better.

So, what do you think of Halloween III: Season of the Witch? Let us know in the comments. 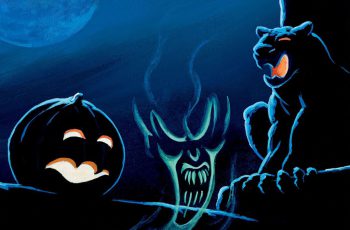 As apart of Fright-A-Thon, we have a month and a … 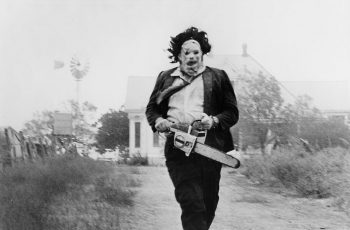 October is just days away, so it’s time to line …