The Curse of Audrey Earnshaw tells the story of a small, traditional community where everyone is suffering from an ongoing famine. Everyone, that is, except for the mysterious Earnshaws, whom the other villagers suspect of witchcraft.

Check out our review for the film below.

Note: this review contains mild spoilers. Jump down to the Bottom Line for a spoiler-free assessment.

The Curse of Audrey Earnshaw looks exactly like you want it to. From the locations to the costuming to the cinematography and visual effects, the film weaves the perfect atmosphere for an old-timey witch tale. It’s a little bit dreary, a little bit dark, and a whole lot ominous. In short, it’s exactly what you want from a historical witch horror movie.

(Let’s disregard the fact that Audrey Earnshaw is inexplicably set in 1973, because that never really factors significantly into the story.)

While I wouldn’t describe anyone’s performance as standout, the acting is solid. The townsfolk have their own backgrounds, flaws, and motivations, which makes them all the more sympathetic when bad things start happening to them.

And bad things definitely happen to them.

The Curse of Audrey Earnshaw isn’t the scariest movie I’ve ever seen – it’s more creepy than terrifying. But it does a nice job of building an ominous atmosphere and surprising you with new dark turns.

The Curse of Audrey Earnshaw needed to tell its audience more. I think the movie aimed for mysterious in hopes of adding to the horror. But leaving so much unanswered actually confused the story a bit.

The main problem? We never really understand Audrey’s motivation for attacking the town, and because of this we never really understand if we’re supposed to root for her or against her. In the beginning, we’re told she’s going after a villager for attacking her mother. Seems justified enough, right? But then she tries to hurt him by hurting his wife…and you’re feeling less sure about it.

Then Audrey spreads her dark influence around the town. (Remember, all the townsfolk besides Audrey and her mother have been suffering from a famine for a while. So now it just seems like she’s attacking the less fortunate.) Later it’s implied that Audrey herself is actually the spawn of the Devil, so I guess the whole time she was just…being evil for evil’s sake?

The story should have committed either to a “justified acts of violence” or a “pure evil” approach instead of splitting Audrey between the two.

The Curse of Audrey Earnshaw: The Bottom Line

The Curse of Audrey Earnshaw nails the old-timey witch aesthetic, but the horror is diminished a bit by Audrey’s inconsistent characterization.

For more horror updates, check back to THS for Fright-A-Thon. 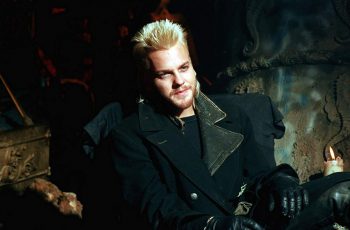 The history of movie vampires stretches back almost as long … 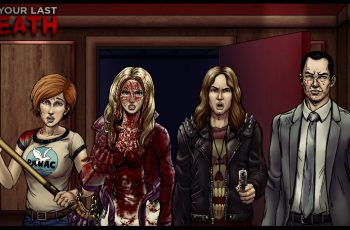 You don’t often see a film like To Your Last …