By now, the news has broken that Benedict Cumberbatch will be reprising his role as Doctor Strange in Spider-Man 3. This time to serve as Peter Parker’s mentor. I feel like this is a missed opportunity for the character.

In virtually every origin story from the past thirty years or more, something has been missing from Peter Parker. When you think of Spider-Man, it’s easy to imagine a goofball with a heart of gold. Someone who can’t keep their mouth shut. A character who is just so awkward and eager that he invariably annoys the heroes and villains alike. But that isn’t all there is to Peter, and it’s not even the real tragedy of Spider-Man. You might see that as the death of his Uncle Ben, but even that is a small part of the bigger picture. Unlike someone like Batman, what happened to Peter was not done to him, but because of him.

Peter Is A Pretty Sensitive Character

In the original comics, was portrayed not as an inherently likable or charismatic person, but someone mostly disliked and mistreated. The majority of his classmates teased him, and any time he displayed an ounce of intelligence, he was mocked for it.

It is in large part why his being bitten by a radioactive spider was as terrifying as it was. It was because he constantly wrestled with outright murdering his classmates. On more than one occasion, he would scowl and think to himself about how easy it would be for him to annihilate someone like Flash Thompson. Thankfully he thought better of it. Not because he didn’t want to harm another person, but because doing so would devastate his Aunt May.

When we first meet Peter Parker, he has precisely two friends in the world, his aunt and his uncle. Even his parents aren’t in the picture, as he’d been orphaned at a young age. Compare this to every origin for the character since then. Sure, he’s had his aunt and uncle, but he’s also always had Mary Jane or Gwen Stacy or even Ned Leeds. What drove Spider-Man forward in the comics has always been guilt, first and foremost.

He Does What He Does For The Good Of It

Not an inherent need to protect the little guy or a swashbuckling sense of adventure or even scientific curiosity. It has always been because when he had to chance to do the right thing for the sake of doing the right thing. He chose to let another person feel the way he’d always felt. Peter let the robber slip past him. He told the cop chasing him that it wasn’t his problem and that he didn’t owe anyone anything. And when that robber killed his uncle, one of only two people in the entire world who cared about him, Peter understood the pain of loss and understood that he had a responsibility to see that no one else would feel as he had.

The Darker Side Of Spidey

An aspect of Spider-Man’s origins that are often overlooked is the dark mirror that his rogue’s gallery often reflected on him. At the time, other artists were not averse to drawing square-jawed heroes with perfect biceps, that’s not what Spider-Man was initially up against. Doctor Octopus was a pot-bellied man in his middle age whose hubris led to an experiment backfiring. Vulture was a frail senior citizen whose life work was stolen and he created wings to take back what he lost. Chameleon was a weakling and a coward that used the faces of others to commit crimes. Green Goblin started as an impatient businessman with subtle, cruel traits that were magnified by an experimental serum.

I’m sure you’re seeing the pattern here. Some of his most famous rogues were all examples of what he could become without the lasting influence of his uncle. These were men whose scientific brilliance was ignored, mocked, or stifled until it consumed them, and they used their gifts for evil. Even when it wasn’t a scientist, the dark reflection was still there. Electro was bullied into his work. When that resulted in an accident, he had no one there to stop him from giving in to his baser impulses. Mysterio was a masked villain who convinced others he was a hero. Where Spider-Man was a masked hero who others were convinced was a villain.

He’s Not The Infallible Hero, Which Is The Best Thing About Him

This constant reminder was not only crucial for the readers, but for Spider-Man himself. To understand that becoming a true force for good was not a given, but it was something to be earned. Peter didn’t start off as brave; he needed to face death and its implications to become bold. He didn’t start off as goofy and charming. His jokes were sardonic and angry, and his wit became more fun as he found balance.

It wasn’t until Peter felt good about his heroism that he saw the positive impact he made on the world. Everything Peter ever received was hard-earned and with the odds stacked against him. By all rights, he had all the makings of a supervillain with his origin story. Every villain around him was a testament to that, but in spite of the entire world being against him, he did the right thing anyway.

And that leads us to the MCU Spider-Man. Spider-Man has yet to be shown as an equal, at least not truly. And for as long as he’s been in the MCU, he’s been handed much and gained the admiration of others immediately. In Civil War, Tony immediately understands his motivations, wherein the comics he was not trusted by anyone. He gained a father figure, while in the comics, he lost one. Captain America immediately respects him, wherein the comics the first time Peter met other heroes by way of the Fantastic Four, he was attacked and then laughed at.

Spider-Man: Homecoming Kind Of Changes That

In the first movie, he immediately has a high-tech combat suit. Wherein the comics, he often had to worry about finding the money to make his own webbing. And even when Peter did save the day with a homemade suit, by the next movie that we saw him in, he had an even better suit. In his second movie, he still had Happy Hogan to babysit him. Not to mention being entrusted with a multi-billion dollar global defense system.

The Idea Is Still There, But It Needs A Nudge

Which is why this is such a missed opportunity with Doctor Strange stepping in to be his mentor. What Peter has always been missing in the MCU is the chance to earn, through pain, the tools he needs to truly be Spider-Man. When he defeated Mysterio, he was surrounded by people who could celebrate him. Happy, Ned, MJ, even his aunt. He wasn’t left alone with his thoughts like he had been in the comics for so long. Left to wonder if he was a good person, and to feel the weight of having no one to assure him of his actions.

But with the post-credits scene, we had a glimmer of hope. J. Jonah Jameson had convinced the world that Spider-Man, who by this point was a beloved figure in New York and beyond, was a fraud. A murderer. Someone so petty and desperate to be number one that he would kill for that spot. Without Tony to back him up, without Captain America to assure the public this was false, he would be on his own. He would have to deal with the cops trying to stop him from helping others. But with Doctor Strange around to be the adult in the room, to guide him, Peter misses one more chance to not be the kid in the room, but to become an equal. 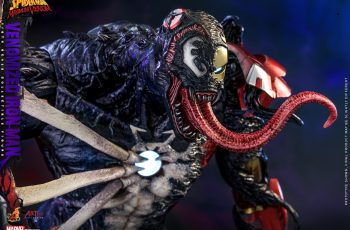 Marvel fans get ready, Hot Toys has just announced their … 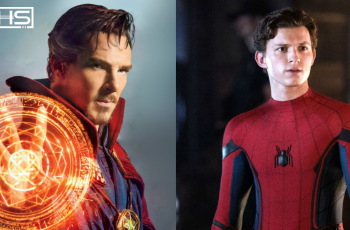 Well this is a welcome surprise. After it was revealed …