After coming off of a raucous railroad ride of Season 1. Jennifer Garder and Daveed Diggs return for the second season of Snowpiercer with a new cast from Big Alice (The Second Train).

Graeme Mason the showrunner and the writing staff confirmed that they were already thinking ahead of the story past the first season. Sean Bean spoke about how the role of Wilford intrigued him to take the role, with his “layers of texture.” Rowan was fascinated with the role of having to grow up quickly but still like a lost child looking for her mother.

Connely spoke about the change her character from the cold stable hostess to a get your hands dirty. Daveed went on to explain that his character has his moment of clarity dropping his vengeance and how to make the big decisions.

The cast talks about the parallels between how things on the show and what are going on in our own lives. Having to keep adapting our lifestyles to what is going on outside our window. Trying to manage a problematic capitalist society.

Now that Layton and Cavill have flipped positions. Wilford arrives to shake things up. So Layton and Melanie are now on the same page against this new threat. Sean Bean grins from ear to ear about his character’s sociopathic tendencies. Always trying to be one step ahead in his authoritarian rule.

When asked about Big Alice, it’s only 40 cars long and 200 souls on board. Daveed was giddy and jealous of the second train how it was like “going to a new school with the cool kids.” It gave the crew a chance to design a whole new slew of sets. To show the difference between the prototype vs the refined finished product.

When asked about what 3 things they could bring on Snowpiercer. The majority of the cast went to the standard Family and Friends, music, and books. Daveed goes all out talking about bringing a classic album from the Parlament Funkadelic, a good bottle of gin, and his single favorite book series now condensed to a single book.

At the end of season one, the survivors of the revolution are trying to pick up the pieces and maintain a fragile peace amongst the now merged classes with Layton (Diggs) emerging as the train’s leader. Discovering Mr. Wilford (Bean) is alive and headed their way on a rival train, Melanie (Connelly) risks going outside to prevent him from invading Snowpiercer. While she’s out there, it’s revealed that Alexandra (Blanchard), Melanie’s daughter, who she thought had died, is alive and has become Wilford’s dedicated protegee.

In season two, an entirely new power struggle emerges, causing a dangerous rift as people are divided between their loyalty to Layton and to Mr. Wilford, who has a new train, new technology and a game plan that keeps everyone guessing. While Layton battles Wilford for the soul of Snowpiercer, Melanie leads the charge on a shocking new discovery that could change the fate of humanity.

Are you “on board” with and ready to depart the station when the show returns on Monday, Jan 25th on TNT? Let us know in the comments below and stay tuned to That Hashtag Show for “Everything trending in Geek Pop Culture”

SEE ALSO: Titan Comics is “Onboard” For An Expanding Snowpiercer Cinverse 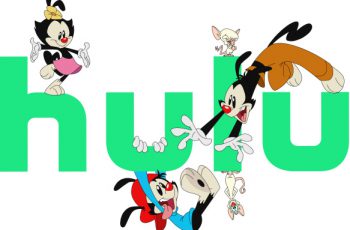 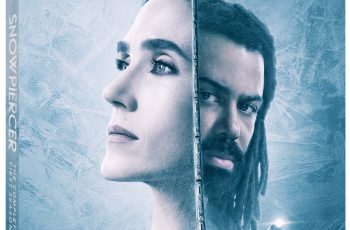 Just after the announcement of the upcoming Second Season during …