With the conclusion of the last arc we know Liar Liar remains in custody, and Maxwell Lord, Wonder Woman’s arch nemesis, seems to have joined the good guys. In Wonder Woman 764 Diana and Maxwell now search for the missing Lord tech that caused all these problems in the first place. This drags them to sunny Miami Beach where they need to find their mystery contact. How far can Diana trust Lord? Or is Max up to some sort of game to further his own interests? OR…will Maxwell Lord brainwash the writers into forgetting which title they are actually writing for?

I am less than impressed with the current art team on this title. Teams come and go over the years, but for some reason the current art team on Wonder Woman just can’t quite hit the mark. The detailing and coloring overall looks good, but Diana just doesn’t feel right. I do not see our Amazon Princess when I look at the character they draw. In this issue she even runs around in a dress of Amazon design, but it never looks like Diana. I am not sure exactly what sits so wrong, but the details seem off.

The first cover for this issue looks okay other than the Diana issues already mentioned. It even teases the new baddy, but if you are going to tease a new assassin, you need to actually use her. I’ll come back to that part. The Alt cover, however, also looks off. The overall design looks great, but the execution of Diana again does not capture the right feel. Her face looks too generic, thin and angular. Also for an ALT cover, it lacks the overall detail and richness I expect from a DC comic. When other DC titles are nailing their ALT cover out of the park, I expect more from a main stay like Wonder Woman.

In case you cannot tell this is not one of the better issues of Wonder Woman from either a story perspective or an artistic perspective. While it may not be a terrible issue, it will also not go down as one of the better issues either. The story I outlined above covers the whole issue. It’s that simple. The only thing I left out concerned the beach fight, but we shall return to that in a minute.

I will give some small amount of credit to the occasional quips between Diana and Max. Some of the lines are pretty good, but largely this issue fails to stir any kind of interest. Max runs around brain bending anyone near him, followed by the predictable lines form Diana to knock it off. No real time focuses on the relationship between the two. Maxwell Lord and Diana should interact in a more interesting fashion than they do. Diana seems to casual around someone like Max and Liar Liar showed Maxwell a reality where Wonder Woman kills him. In the end the only thing writers could come up with comes from the running gag that Maxwell Lord looks like famous actor Darren Hondor.

Wonder Woman 764 – Whose Title is This Again?

Then we get to the beach scene. When Diana and Max find their informant, thankfully the exposition here is non-existent. The informant instead immediately springs his trap, but at this point this issue goes south again. From the ocean spring robots that look like they are encased in water. Either that or it is some sort of see through casing.

The robots do not cause the problem, Diana’s solution to the problem becomes the problem. Instead of acting like Wonder Woman or turning into Wonder Woman, Diana instead goes all Aquawoman. To solve the problem of the robot horde, Diana unleashes a sharp whistle. Forget the physics of a whistle being heard through water, but the whistle actually summons a Godzilla sized great white shark that eats all the robots. I feel like a ‘jumping the shark’ reference should be thrown in here, but I fear that would be too high brow for this issue.

What does Max do during all this? While charged with watching their informant, Maxwell gets attacked by a female with cybernetic implants. The entire right side of her body (face, arm and leg) glisten with metal as she seizes Maxwell’s arm. I have no idea who this chic is, and since she only appears in two panels, this issue will not tell us either. Max uses his mind control to get information, and then the story cuts back to Diana. If writers feel the need to introduce someone like this, they need to actually give readers something to work with.

Honestly, this issue can be skipped over with no repercussions. Let’s hope Wonder Woman 765 redeems the story and title a bit more. 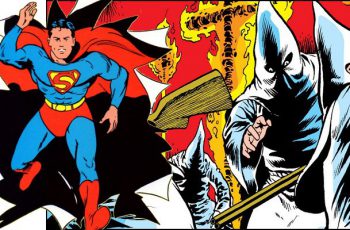 Adi Shankar, the nerd-icon producer behind Netflix’s highly successful Castlevania (which has … 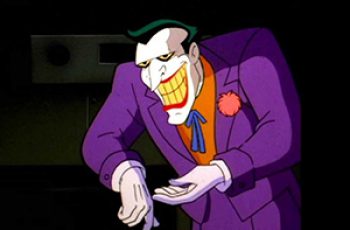 Now I’m just going to say narrowing down to my …