Well, Star Wars fans, you spoke, and Disney listened. Back in September we told you how the House of Mouse would make certain Galaxy’s Edge merchandise available online. As part of its marketing campaign for that effort, Disney also announced a contest by which fans could choose the next lightsaber in the Galaxy’s Edge legacy collection. Among the choices were those of Kanan Jarrus, Anakin Skywalker, Qui-Gon Jinn, and Cal Kestis. In a bit of a surprise, it was the featured weapon from Jedi: Fallen Order that made the cut.

The official announcement came earlier today via starwars.com. Admittedly Star Wars Jedi: Fallen Order became immensely popular following its 2019 release. The video game story follows Jedi padawan Cal Kestis in his struggle to survive after Order 66. His lightsaber is certainly unique. Its damaged hilt poignantly illustrates the character’s struggle to survive. Soon you’ll be able to wield it on your own adventures.

In joining the legacy saber ranks, Cal Kestis’ weapon becomes the first in the collection to originate in a video game. (Personally, if a “game” saber was to be featured, I would have preferred that of Darth Revan, but I digress….) The fallen order lightsaber isn’t the only one to join the collection, however. There are also Ahoska Tano’s sabers, as featured in The Clone Wars:

And let’s not forget the exquisitely adorned Count Dooku weapon, either. All in all the Galaxy’s Edge legacy collection is growing quite nicely. Both the Ahsoka and Dooku blades will arrive this fall. If you’re holding out for the Cal Kestis lightsaber, however, you’ll have to wait just a little longer. That will be available in 2021.

Do you already have any sabers from the Galaxy’s Edge legacy collection? If so, how would you rate them? Let us know in the comments! 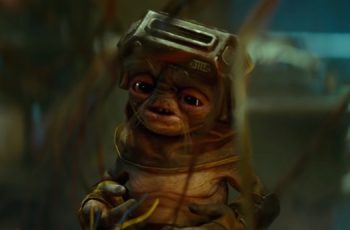 Solo: A Star Wars Story is starting out strong at …