Anyone ever thought Godzilla would be a good horror anime? I didn’t. However, from the looks of Netflix’s new teaser trailer for Godzilla: Singular Point, it looks to be proving me wrong.

Godzilla: Singular Point is a collaborative effort between Netflix, Toho, Studio Bones, and Orange. You may recognize the latter two as some of the biggest and best animation studios in Japan. This bodes pretty well for the anime so far. Or at least, it gets it off to a good start.

Unfortunately, we still don’t know much about Godzilla: Singular Point yet. Heck, the anime doesn’t even have its own Wikipedia entry as of this writing. All we know about the new series is from a single one-sentence synopsis that goes like this:

“When danger comes up from the depths, only young geniuses Mei, Yun, and their team can face the threat.”

And that’s it. Not much of a synopsis now, is it? But it’s all we got for Godzilla: Singular Point until someone gives us something more substantial. Well, that and that teaser trailer above.

The teaser trailer for Godzilla: Singular Point definitely gives off Neon Genesis Evangelion vibes. Mostly due to all that blood. Seriously, what’s with all the blood mist and pink bloody water flying around? Are all these giant monsters walking wounded or something?

It just all reminds me of the massive amounts of blood the Angels spewed out whenever they were wounded or died. I mean, seriously, what kind of biology do they have that still requires them to have that much red blood in them? Do they even have a biology, or is the blood some kind of weird decoration?

Regardless though, aside from all the blood, there’s not much in terms of monsters shown in that teaser for Godzilla: Singular Point. Although, we do see brief glimpses of Godzilla looming menacingly in the background, about to fire off an atomic breath. Hopefully, it won’t be like that other Godzilla movie, where we only see a couple of seconds of Godzilla out of a two hour long movie. I don’t want to experience that a second time. Believe me, once was enough.

Netflix’s Godzilla: Singular Point just got an interesting new teaser trailer that reminds me very much of Neon Genesis Evangelion, but with kaiju instead of Angels. Personally, I think it’d be great if the anime ends up being like Evangelion, but that’s just speculation here. Hopefully, Netflix will give us a bit more to work with later. 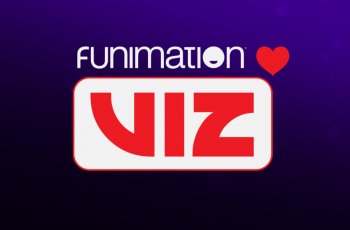 Funimation just announced that they’re beginning a partnership with Viz … 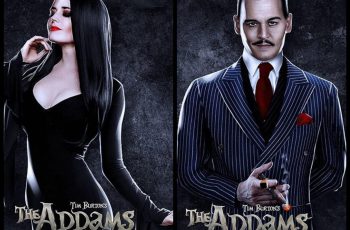 Turns out, there are still plenty of people who think …