The original Constantine film with Keanu Reeves was not well received at the time of it’s release. It was critically and commercially unsuccessful. In the wake of Keanu Reeves’ career renaissance of the past couple years, it’s been analyzed in a different way. Now, fans are clamoring for a sequel to the film. Those demands might be inching closer to a resolution with some recent news about the film. Original actor for Satan in the film, Peter Stormare, might have let it slip that we’re getting a sequel.

This isn’t an “official” source on the matter. But there have been rumblings about a sequel for a bit now. The original film had some production issues involving whether or not it should have been an R-rated film or not. The producers and director wanted it to be PG-13. With the popularity of R-rated comic book movies lately, the possibility for it has grown.

I’m a huge fan of Matt Ryan’s version of the character. Although we wouldn’t have a movie here without Keanu Reeves portraying the character. So, let’s hope that Keanu is back on board with the Hellblazer.

So, what do you think about Constantine 2? Would you want to see a sequel to the 2005 film? Let us know in the comments or on Facebook.

For more on Keanu Reeves, Constantine, or any other general pop culture, make sure to check back to That Hashtag Show. 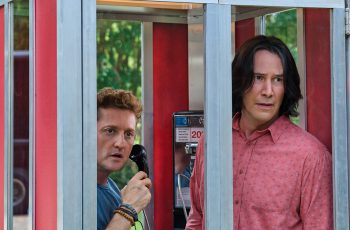 Bill and Ted: Face The Music should have gone the … 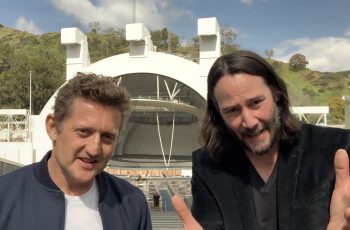 Keanu Reeves and Alex Winter took to YouTube to announce …