This week DC Comics drops the final chapter in a a story that has been running across multiple titles since 2018. Back in Batman 55, KGBeast took a shot that would alter Dick Grayson to his core. It robbed him of his mind, memories and identity, but over the events of Joker War, he regained everything he was. In Nightwing 76, Dick gets his vengeance against KGBeast, but then makes a choice that seems rather cliched in hero stories these days.

Nightwing knew this day would come, but he hoped it might be more one on one. With Bea in a chokehold, Dick stands helpless. All his moves and knowledge and he stands helpless. This happens a lot, so you think Nightwing will somehow get an opening or a third party will intervene, providing the seconds distraction needed. The think I like about this issue is that the opening comes from Bea. In a world of superheroes and supervillains, the little bartender from Bludhaven smashes Beast in the face and shoves the gun to the side.

Now I get KGBeast wanting to kill Nightwing in close combat. His last shot missed its mark, and he has lived in shame ever since, but rule #1 – know your strengths. KGBeast may be big and burly, but his skills are as a marksman, not a hand to hand combatant. Nightwing on the other hand exemplifies precisely that. Nightwing stands amongst the elite fighters in the DC universe, so the second he sees an opening, you know it’s lights out for Beast. Sure enough, Nightwing makes short work of Beast in combat, and the marksman never stands a chance.

Add in the background story about Nightwing needing to complete his quip about Napkin Man, and that’s the end of the fight. The joke seems too out of place and something a young Robin might say, not Nightwing. This scene does feel familiar for one reason. For any of you who have watched Titans on HBOMax, for a moment Nightwing seems to echo the anti-Batman sentiment Dick Grayson shows in that series. Nightwing seems emphatic his ways differ from those of his mentor.

Nightwing 76 – A Bold Step? Or Act of Cowardice?

Then we come to the second half of the issue. Like the first half this, too, has been telegraphed for several issues. Ric fell in love with Bea, but as Dick, Grayson must now decide the order of his life. He still loves Bea, but can he be Nightwing and maintain a love life? Alfred often pushed Dick into thinking he could do both and in some corner of his soul, Dick thought this too. After the events with KGBeast, though, Dick now feels being Nightwing makes life too dangerous for Bea. The only avenue of course means breaking up with her. Do not talk to her. Do not let her have a voice. Simply end things and move on, but is that simply a cheap out or the right move?

Everyday cops go out and their families never know if they will return. Same can be said of soldiers. Granted bad guys seldom if ever go after a cop/soldier’s family the way a super criminal would, but shouldn’t Bea get a say? She saw Nightwing in full chop-busting mode. The supervillain of the moment choked her, so she knows what to expect. In fact Bea proved she can handle a crisis moment by punching Beast in the face. Why can’t Dick talk with her and they discuss it? If she wants out, fine, but she knows the risks now and if she loves him enough to go through times like this, should she not be given the chance? Lois did. The MacCleods did it. To me it seemed like a cheap and selfish move on Dick’s part. I hope to see more of Bea down the road.

Writers cliché the hell out of the ending too. Remove mask. Cry. Replace mask. Jump off building in hero pose. I guess we see where Nightwing takes us in Nightwing 77. 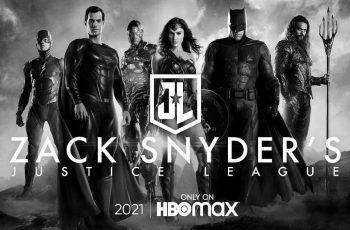 DC’s Fandome has been filled with surprises. One of the … 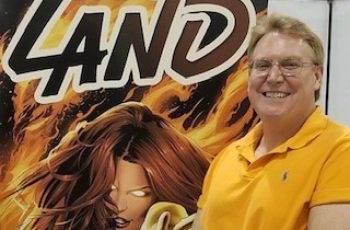