Damn this film is beautiful.

From the gritty opening moments showcasing the American indie band scene in all its screaming, sweating, black box rock house glory, to the moments of stillness, and the devastating beauty of dealing with life-altering trauma, my eyes were locked on Darius Marder’s poignant drama Sound of Metal until the final frame.

Riz Ahmed (Rogue One) stars as Ruben, a recovering drug-addict and grunge alt-metal drummer touring the rock club scene with his girlfriend and bandmate Lou (Olivia Cooke), living together in their bus/studio airstream RV.

Maybe it’s due to my own experience, many moons ago, touring the low-level rock club scene that I felt immediately enveloped by Ruben and Lou’s life of playing show after show. However, I can’t help but think it’s more of Marder’s effective world building that causes the audience to feel right in the thick of it.

The Characters Of Sound Of Metal Just Work

Even if there’s no level you relate on, before long you are involuntarily in love with these characters. Not because they are impressively funny or charming, but because they are real. They are people, and that’s how you see them. Which is why, when Ruben begins to lose his hearing early in the film, you aren’t simply observing his struggle, you struggle along with him.

This is due, in no small part, to the sound design. Certainly this is no silent film, yet silence and audio disorientation play a huge role in the experience. The dedication to authentically and unrelentingly leading the audience through Ruben’s hearing loss is unlike anything I’ve witnessed in film before.

The Crux Of Sound Of Metal Is Audio

Fearing Ruben will relapse, Lou reaches out to his sponsor, who recommends he visit an addiction home for the deaf. This is where we meet a deaf, recovering alcoholic, Joe (Paul Raci), who runs the house with the financial help of a local church. Joe encourages Ruben to not only accept the fact that his hearing is lost, but to “learn how to be deaf.” Ruben is not down with this and is fully intent to find a way to continue earning money through the band so he may eventually afford cochlear implants, which he sees as his only chance to restore his life as he knows it.

After walking out on Joe, Ruben experiences a heavy emotional episode after which Lou convinces him to go back and learn from Joe and the others at the home, while she goes to stay with her father in Paris.

I would say this is where it gets good, but it has already been so good up to this point. But this is where Ruben’s journey begins as he struggles with his past and his future. The inner existential torture Ruben endures is palpable and I felt myself needing an extra dose of Prozac as I watched, in the best way possible.

American Sign Language, or ASL, is featured heavily, but there are no subtitles until much later in the film, so the viewer is as lost as Ruben is in his new environment. The growth you experience alongside Ruben is beautiful as he begins to not only accept his hearing loss, but to embrace his deafness.

Why It’s A Must Watch

As I said before, this film is gorgeous! Not simply the cinematography, which is beautiful, but the character development, the emotion, the heavy drawn out moments, pregnant with terror and hope that force you to dig into Ruben’s soul and experience this gut-wrenching journey of trauma, dread and joy.

There is a certain aura to this film that finds itself in good company among the morose indie flicks you see making major waves on the film festival circuit. Which… is exactly what it was in 2019. It is certainly not for everyone. If you are looking for action-packed bombs, boobs and blood, this is not your movie. It’s a slow-burn, which I love. But then again, I went to the midnight opening of Tinker, Tailor, Soldier, Spy because Gary Oldman is my idol.

Sound of Metal is a very real journey packed with very real emotion. It savors its time with purposely and purposefully lengthy shots and silences, loaded with sentiment, and you find yourself still with the birds, the wind in the trees, the insects chirping. It surrounds you, penetrates you, and you are as alone as Ruben is.

The film is not without its moments of joy, but they are expensive and earned after slogging alongside Ruben in his terror and struggles. But… it is well worth it.

Sound of Metal is executed so skillfully that you can hardly believe it is only Darius Marder’s second foray into feature film directing, and his first narrative. With standout performances by Ahmed, Cooke and Raci this visually and emotionally captivating film is well worth the watch. Amazon Studios will release Sound of Metal in theaters November 20th, and on Prime Video December 4th. 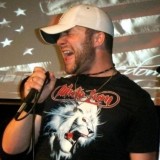