After a long wait, we have our first behind the scenes glance into the Halcyon, the Star Wars resort opening soon in Orlando, Florida. Star Wars: Galactic Starcruiser is the latest offering from the Walt Disney parks. The resort connects directly to Star Wars: Galaxy’s Edge. Stays aboard the Galactic Starcruiser promise a truly unique experience. The prospect of a two day fully immersive Star Wars retreat has me giddy like I just finished Empire Strikes Back for the 50th time.

At first glance, The Star Wars: Galactic Starcruiser rooms borrow from the light and dark side. The sleek interior of the doors and walls should appeal to all those who walk with the Empire. The pods along the side of the room, while smaller in design, scream the Falcon. Each room gets a window that looks out at different planets and passing ships. While the details are sparse as to all the amenities, we have a few teasers of what is to come. Lightsaber training, an exclusive cantina, and a functioning bridge crew seal the deal for me. Concept art also reveals droids and officers to interact with.

As a kid, I remember fondly putting a sheet over my bed and pretending I was making the Kessel run in under 12 parsecs. Some many years later, I’m excited that I can share that dream with my son. The first concrete photos of Star Wars: Galactic Starcruiser give me a New Hope that Disney is doing this right. All you scruffy nerf herders, what do you think? Are you excited to visit a galaxy far far away? 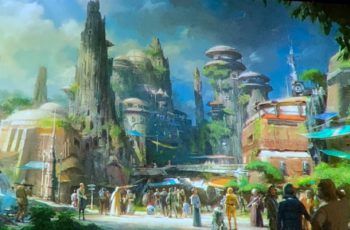 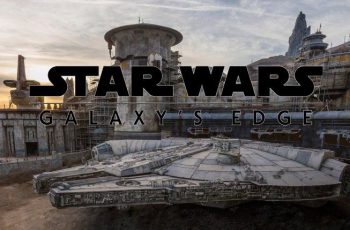 Star Wars: Galaxy’s Edge is opening May 31st at the …