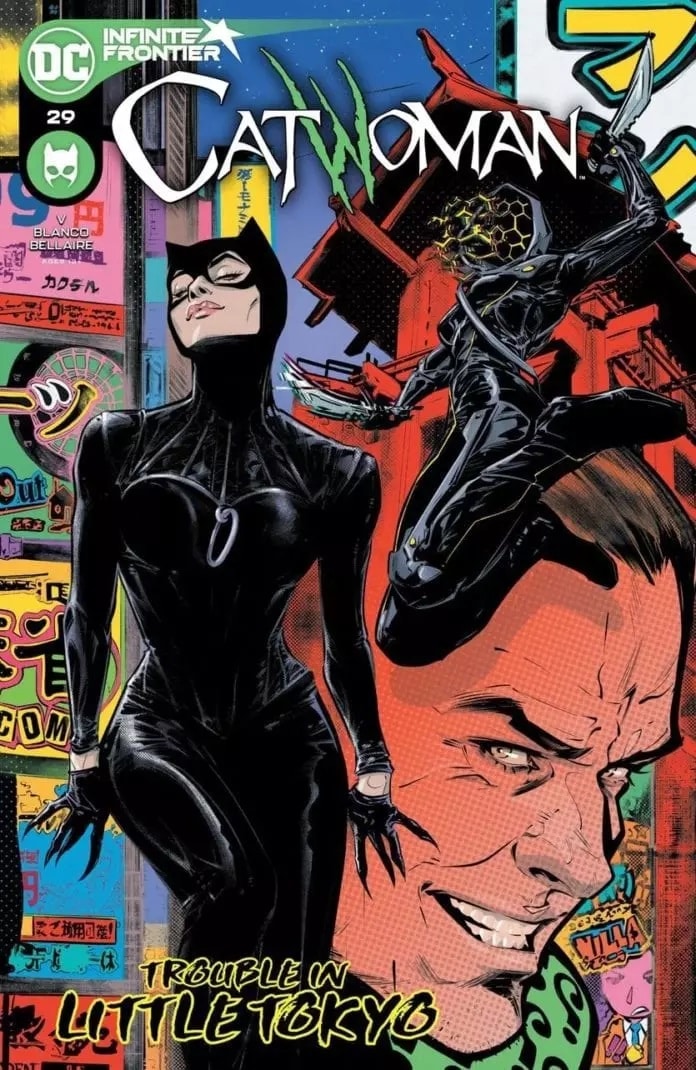 This week from DC Comics we get Catwoman 29. This is her first post Future State issue and inside it begins to weave the tangled web that will later form the events of Future State. The clues are both numerous and subtle. Catwoman 29 also makes something painfully clear, for the wallet anyway. Post Future State you might as well create a Master Title called Gotham. Then further divide it by the names of the individual titles (Batman, Catwoman, Nightwing, etc). While each title reads perfectly fine on its own, you need to read as many of the “Gotham” titles as you can to get the full picture of the creation of the Magistrate Program.

Catwoman – Queen of the Alley

Catwoman’s plan to free Alleytown of its drug dealers, gangs and gunrunners seems to have paid off splendidly. While Selina and Maggie relax poolside, her network of kids already patrol and watch the Alleytown streets, so when a detective shows up looking for Selina, She knows long before he crosses the street. The kids also have the entryways perfectly covered.

The bad penny detective, one Dean Hadley, keeps turning up and followed Selina all the way from Villa Hermosa. It seems he has a fascination with Selina and Catwoman, but this issue reminds us of one thing. While Selina Kyle possesses many positive virtues, she is still a thief and on the gray side of the law. She helped Hadley with a tip on a warehouse, but she rounds on him rather hard, reminding him she is neither friend nor ally.

Hadley then reminds her that this path she attempts to walk gets rather difficult without well placed friends. He also seems to know Selina well enough to know, she may not willingly help him, but she does have the heart of a cat. We all know what curiosity does to felines, and the file he leaves for her definitely piques her curiosity.

You gotta love Maggie’s response to Hadley as well. She too knows how to irritate her big sis.

Future State shows us what may come if something doesn’t change. The Magistrate Program will take over and corrupt the very heart of Gotham. That may not sound possible, but we know it is. The instigator is none other than a Mr. Simon Saint. So much of this issue sets up the Future State events that anyone following the Gotham titles needs to at least browse this issue.

A scientist, Mr. Roy, appears to be the creator of the drug and a new assassin in town. The new assassin, only named The Asset so far, kills someone preparing to snitch to save his own ass. The Asset is not only fierce, efficient and lethal, but her suit appears to either render her invisible or phase out of reality. In her later fight it appears the suit phases her out of reality because one of Catwoman’s kicks goes right through The Asset.

From the the Batman: Urban Legends 1, we know a new drug is hitting the streets of Gotham. Red Hood and Batman work that angle, but here we find the source of the drug and the machinations behind it. It really questions other comic events as well. The original source of the drug appears to be Pamela Isley, Poison Ivy herself! Anything involving Harley Quinn hinted at their break up, but apparently Ivy’s disappearance wasn’t her choice at all. With the drug in independent production, Mr. Roy gets ready to ‘destroy the evidence’.

This all seems like an independent operation as Roy talks with ‘the boss’ on the phone, but in one panel, Roy dips his phone and we see the name Simon Saint on his call screen. That means everything happening is leading us to the events of Future State!

Catwoman 29 – Riddle Me This

As if all this wasn’t complicated enough, two more pieces get added to the mix. Catwoman recognizes a symbol in the file Hadley left her. It leads her straight to Edward Nygma, the Riddler. Catwoman doesn’t know why exactly, but the appearance of The Asset confirms what she suspects before she can do anything. The problem is to get Nygma to talk she must first deal with the Asset.

She manages their escape easily enough despite Asset’s phasing, but then low-and-behold, who resurfaces but Father Valley himself! Although his target wasn’t Selina at all, but Nygma! Valley has some serious messed-up plans in dealing with Selina. Remember he wants to isolate her by killing her loved ones and those around her before killing her. Nygma manages to tell Catwoman about Ivy, but then tells her he’s been shot.

This issue is really quite amazing and shows the work writers are putting into the Gotham titles. They all read independently, yet they all drop very important info on the events leading up to Future State. I love all the tidbits they fit into this title so seamlessly.

What did you think of Catwoman 29? Will it make you pick up other Gotham books you would not have anyways? Head on over to DC Fanatics on Facebook and tell us what you thought of Selina’s new adventure. 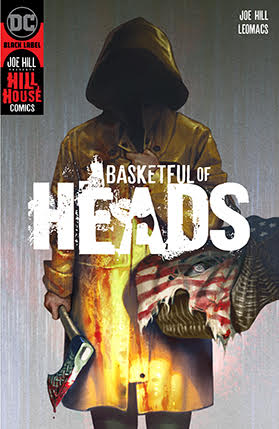 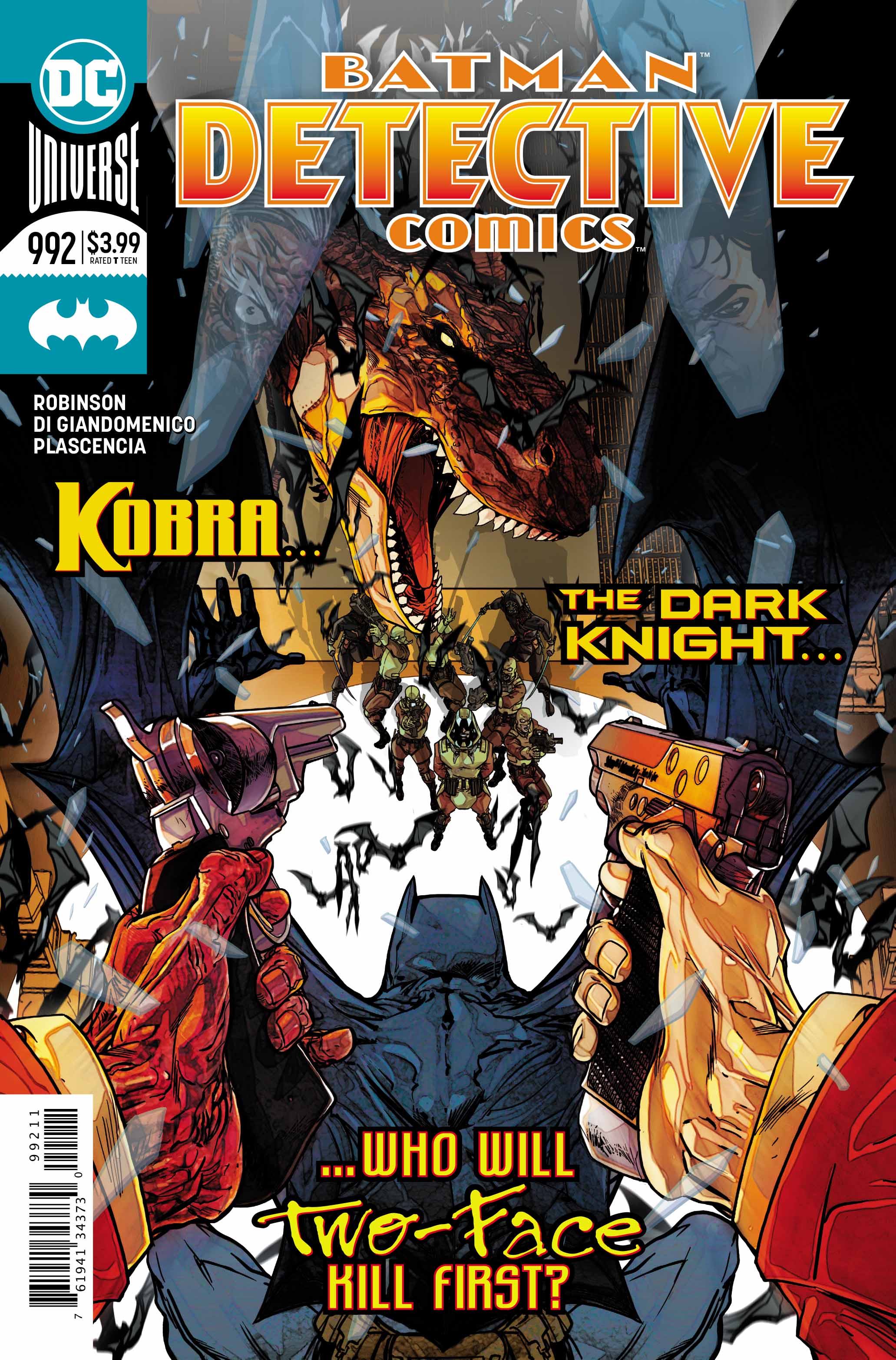 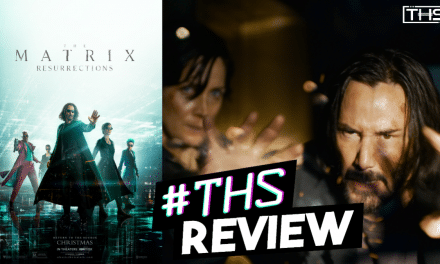 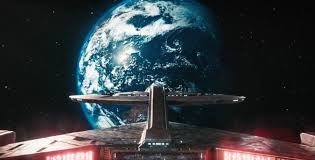 Discovery S3:E3 – The Heart of Trek