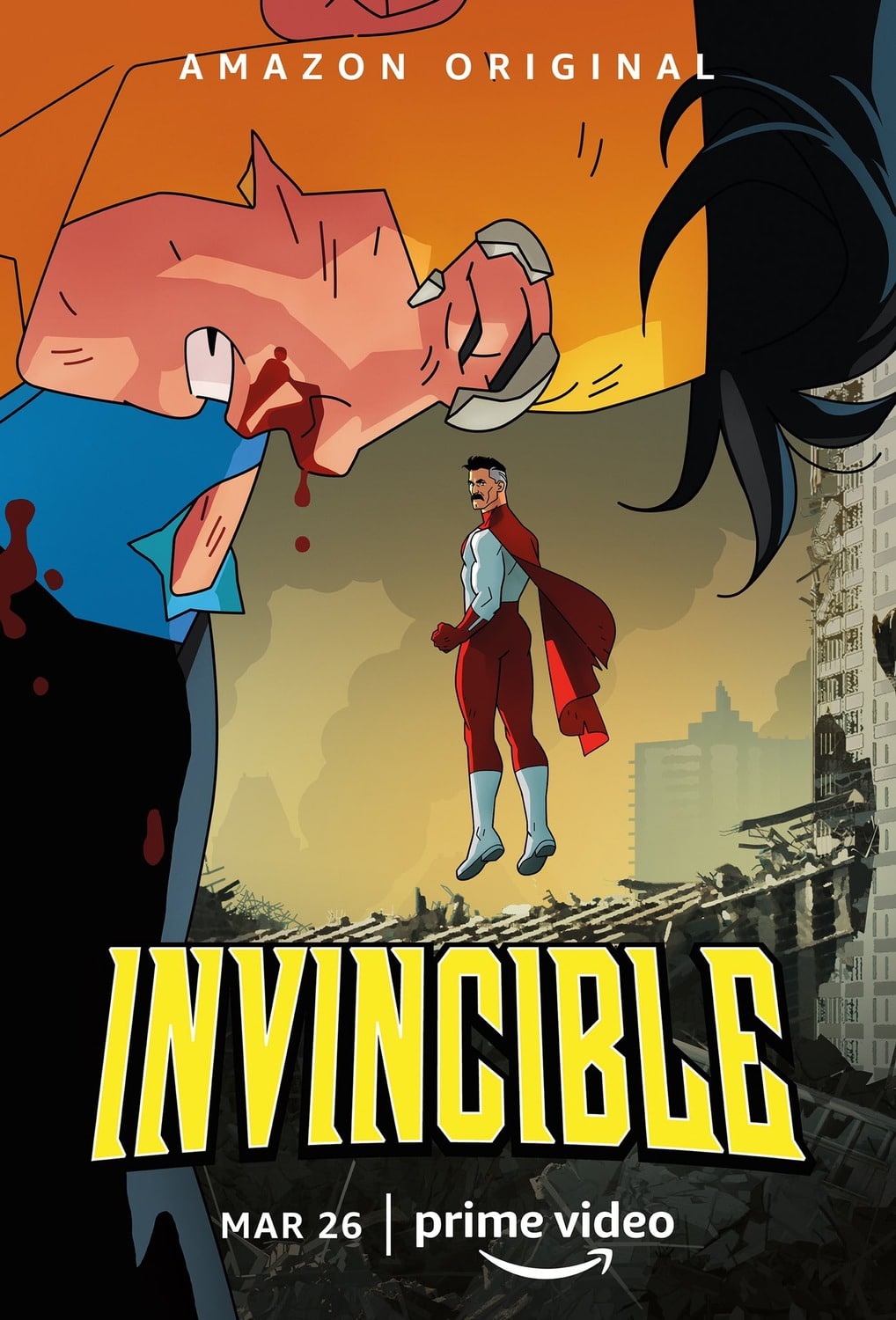 Robert Kirkman is notable as a co-creator of The Walking Dead comics as well as a being a prolific comic writer.

An adult animated series based on the Skybound/Image comic about a teenager whose father is the most powerful superhero on the planet.

Mark Grayson is at least at the beginning is every superhero to be, not that popular at school plagued by bullies and pining for a girl who may or may not know he exists. What Invincible does though moves beyond that and allows Mark to break out of that mold.

One of the ways it is different is in Mark’s family life, we get a proper look at where he comes from. With a father like Omni-Man it is understandable that he perhaps ignores his rougher edges.

Not Your Average Superhero Show

The show plays with the superhero genre and your expectations in an interesting way. That would be my first observation. Even the way that the show is an hour-long in contravention to the almost universal idea of a half-hour animated superhero show.

It is a show of two halves a coming of age origin story that feels almost nostalgic on one side while on the other we see a world where superhumans are the norm and the need for them just as common.

The supporting cast of the show bears mentioning particularly Debbie Grayson (Sandra Oh) who has to cope with her son taking up the family business of saving the world. Mark (Steven Yeun) is immediately likeable as you find yourself rooting for him whether at school or facing down supervillains.

I can’t write about Invincible without mentioning the violence in the show, for fans who come to the show from the comics they know what to expect. This show is not for the squeamish.

In the end this show opens up the animated superhero genre in a way I haven’t seen since Young Justice’s initial run raised the bar of superhero storytelling. 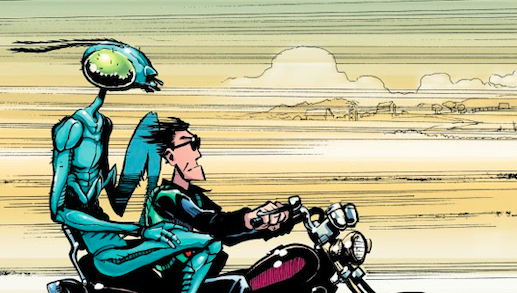 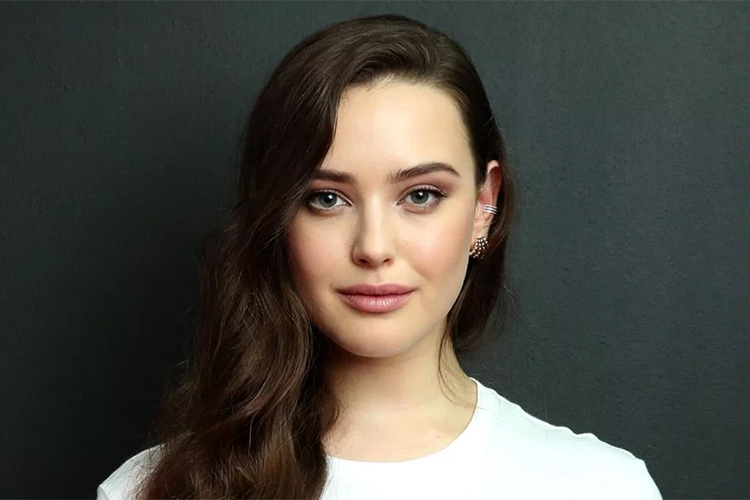