Knights of Sidonia: Love Woven In The Stars ~ A Thrilling Conclusion To The Anime/Anime Expanse With Gundams (Spoilery Anime Film Review) 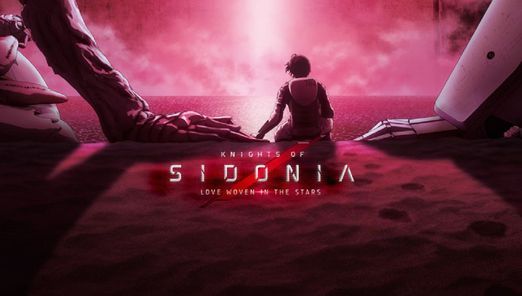 Let’s see, how do you summarize Knights of Sidonia: Love Woven in the Stars? Well, to do that, we have to ask: have you ever wanted to see what The Expanse might’ve looked like as an anime, but with romcom antics and Gundams thrown in?

Knights of Sidonia: Love Woven in the Stars is the second anime film to take place in the Knights of Sidonia anime. It also serves as a nice ending for the anime. Said anime is the anime adaptation of the seinen hard sci-fi mecha space opera manga of the same name by Tsutomu Nihei. The manga ran from April 25, 2009 to September 25, 2015, and has a total of 15 volumes. As noted previously, I highly recommend it if you’re a fan of hard sci-fi stories like The Expanse.

Polygon Pictures (Star Wars: The Clone Wars, Tron: Uprising, Star Wars Resistance) produced the Knights of Sidonia anime, and remains the producer for this anime film. Hiroyuki Seshita is the director of this film alongside Tadahiro Yoshihira. Sadayuki Murai and Tetsuya Yamada are the writers. Shūji Katayama did the music. Oh, and finally, Funimation licensed this anime film.

Knights of Sidonia: Love Woven in the Stars will premiere in US and Canadian theaters for a “limited time” on September 13, 2021. The film will be available in both Japanese audio with English subtitles, and English dub. Check out either version then. In the meantime, Funimation acquired the anime series from Netflix back on August 3, 2021; and is currently streaming it on their platform. You can check out all 24 episodes here. Note that you do need a paid subscription as of this writing to watch the anime though. Hopefully, that changes one of these days.

Warning: spoilers for Knights of Sidonia: Love Woven in the Stars below. If you want to see what an anime version of The Expanse would look like, stop here, and come back once the silent space shooting is over.

Knights of Sidonia: Love Woven in the Stars ~ Plot Summary

Knights of Sidonia: Love Woven in the Stars is 1 hour, 49 minutes long; so there’s a lot to summarize here. For the fans of the manga out there, the film basically is basically an anime adaptation of the last 3 volumes. The only thing that’s different is that the film cuts out one of the main characters. As you watch the film, you’ll notice that one specific gynoid character is missing from the whole thing. Yes, they cut out Teruru Ichigaya from the film. Your mileage may vary depending on how much you liked her. For people who’ve never read the manga, you won’t even notice she’s not there.

Now for those who’ve never read Knights of Sidonia, the story starts off with main character Nagate Tanikaze and a bunch of new pilots concluding a training simulation. The story then moves on to a festival to introduce us to the other main characters. This cast also includes deuteragonist (at least for this film) Tsumugi Shiraui. Tsumugi, bear in mind, isn’t human. She’s basically a biopunk Gundam who interacts with people via a tentacle thing.

The story then moves to the first mission for the pilots of the Gardes (the Gundams in the series), which involves heading over to the nearby star to set up power collectors to charge a superweapon to destroy the Gauna’s (the monsters the main characters fight) mothership. Unfortunately, the Gauna send a force to intercept. A lot of the new pilots are KIA in the ensuing fight, and a pilot even gets captured. Not a good outcome considering how few pilots they have.

The captain of the Sidonia (the titular mothership the main character reside in), pressed to acquire more weapons to fight the Gauna with, decides to approve a plan to activate another bio-Gundam. Unfortunately, a villain named Ochiai hijacks the bio-Gundam and flies off with it. Not only that, but he also sabotages much of the Sidonia‘s Gardes in the process, leaving the ship’s forces crippled just as they’re about to fight the Gauna.

Knights of Sidonia: Love Woven in the Stars ends with Tsumugi getting revived from a single bit of her flesh preserved during the fighting. They even manage to transplant her personality into a human body. Tanikaze marries Tsumugi, and has a daughter with her. Everyone lives happily ever after on a local habitable planet, and the series ends with the Sidonia leaving to colonize another star system, leaving a thriving city behind them.

Knights of Sidonia: Love Woven in the Stars ~ The Good

If you’re a fan of the Knights of Sidonia manga, the story of this anime film is going to look familiar to you. It’s actually a pretty faithful adaptation, minus the exclusion of Teruru. If you’re a diehard fan of the manga and don’t like any changes to it, this is probably not the anime film for you. On the other hand, if you’re okay with some changes, then you’re probably going to enjoy it just like I did.

And now to address non-fans of the manga. Knights of Sidonia: Love Woven in the Stars is still a pretty good anime film, even if you’ve never heard of the manga or Tsutomu Nihei. I would summarize the story as The Expanse if it were an anime. Oh, and if it had Gundams in it too. The setting is a firm 4 on the Mohs Scale of Science Fiction Hardness, just like The Expanse. The Higgs boson tech in the story is the One Big Lie. Everything else is scientifically accurate. Heck, at the end, when Sidonia fires her main gun, the ship has to fire her engines at the same time to cancel out the recoil.

The music of Knights of Sidonia: Love Woven in the Stars is another good thing about it. The songs in it are perfect for a cyberpunk/biopunk show, like this is. The music overall really sets the stage for this space opera. It’s almost Star Wars Original Trilogy levels of good, in my opinion. Especially the song Captain Kobayashi sings during the film. It’s as beautiful as it is haunting.

Knights of Sidonia: Love Woven in the Stars ~ The Bad

I think the only bad thing about the anime film is the cutting of Teruru from the story. Yes. she was a relatively minor character overall. But deleting her outright felt like it took a bit away from the story. In the manga, she represented a portion of the Sidonia‘s populace who believed that the Gauna would leave them alone if they all abandoned Higgs tech and the weapons that counters them. Ultimately though, their attempt to settle a local planet without Higgs tech leads to the Gauna slaughtering them. Thus, it proved that the Gauna just wanted to kill humans period. It united the populace of Sidonia, and delegitimized the faction that wanted to run. Cutting Teruru from the story means that we never get to see this conflict.

To be fair, it might’ve meant a longer film, but well, it’s already near 2 hours long anyways. What’s another half an hour on top of that? Eh, but that’s just my opinion.

Knights of Sidonia: Love Woven in the Stars by Polygon Pictures is a pretty good anime film adaptation of the last 3 volumes of the manga of the same name. It’s not perfect by any means, but it gets the job done pretty well. Even non-fans will still like this anime film for the Gundams, large-scale space battles, and hard science fiction setting. The great music is only the icing on this anime cake. On top of that, Funimation is also streaming the anime too. If you want to know what’s going on in this film, watch the first 2 seasons of the anime first. 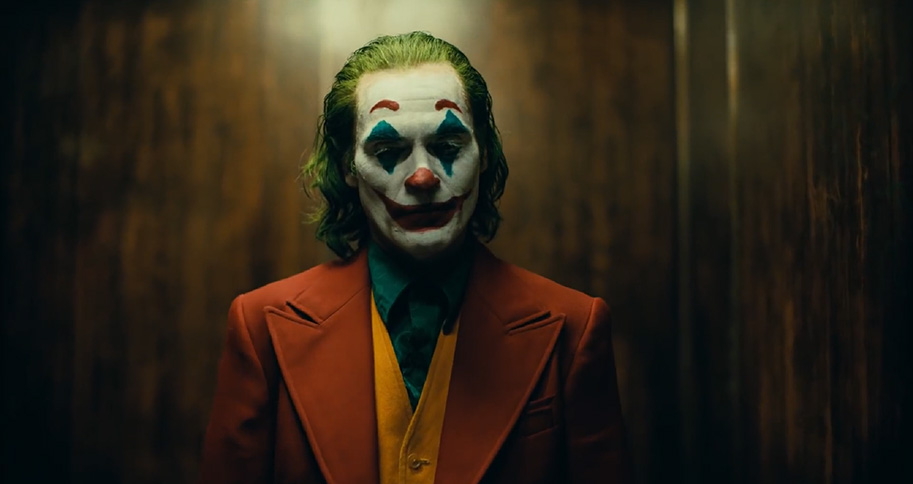 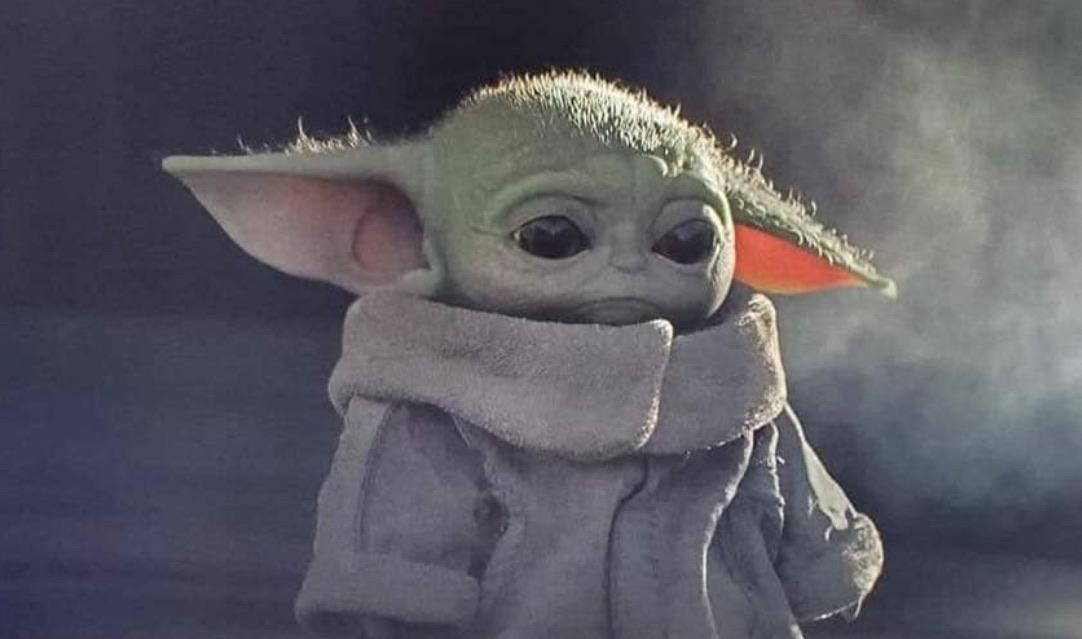 Hasbro: The Child And Other Products May Be Delayed Due To The Coronavirus 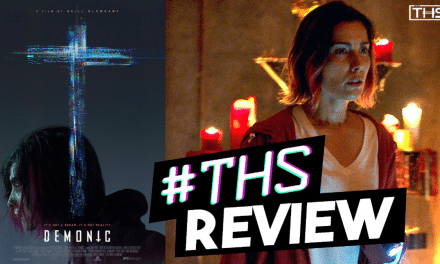 Neill Blomkamp’s “Demonic” Is Full Of Great Ideas, But Falters In Its Execution [Review] 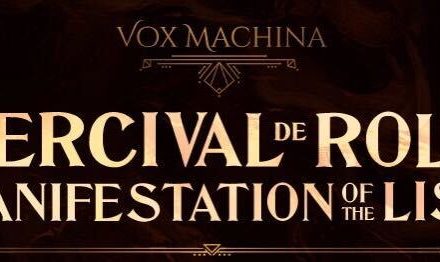 Critical Role: Sideshow’s Newest Campaign 1 Piece Is Up For Pre-Order