Masters Of The Universe: Revelation Part 2 Has The Power! [Review] 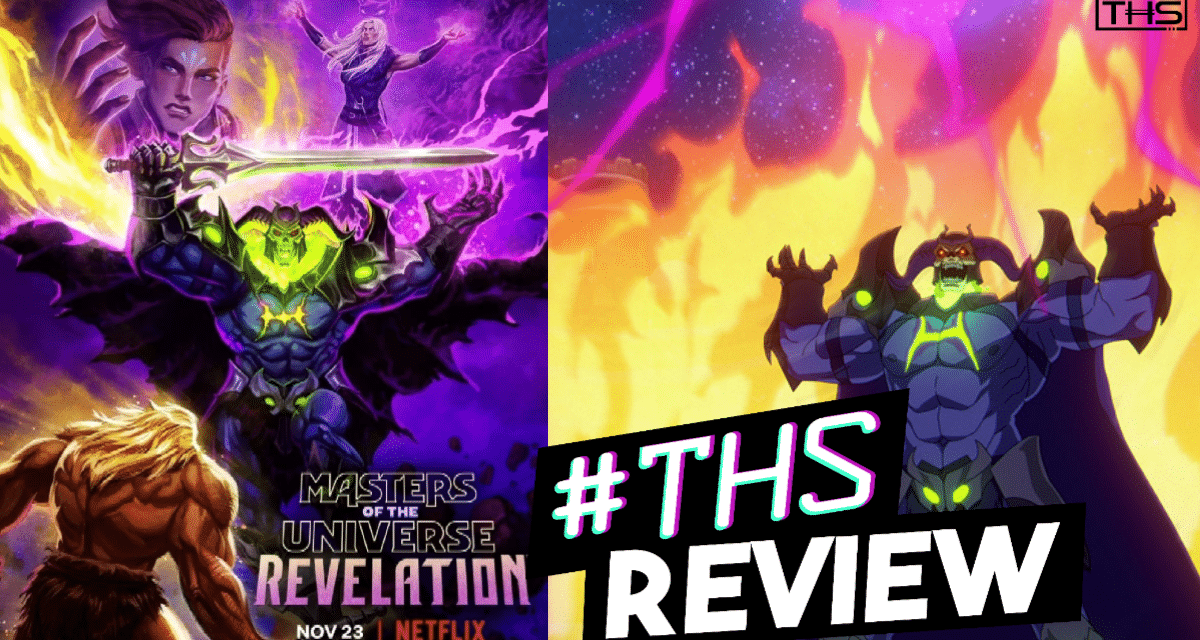 With the first half of the Masters of the Universe: Revelation ending on such a cliffhanger, many fans could hardly wait to see how this first season of the series was going to end. I mean for the first time ever Skeletor now has the power. This intense and action-packed five-episode conclusion to season one was finally released on November 23, and it was worth the wait! Yeah, there might have been a couple of things that will probably get a few people riled up (there are always some) but nothing that’s takes away from the overall greatness of this series.

The first five episodes left us with a huge cliffhanger. Prince Adam / He-Man (Chris Wood) was dead, The Power Sword was split in half, and the magic was dying in Eternia. When all hope seems lost an unexpected team that included Tella (Sarah Michelle Gellar), Andra (Tiffany Smith), Man-At-Arms (Liam Cunningham), Evil-Lyn (Lena Headey), Beast Man (Kevin Michael Richardson), and more set off on a journey to find both halves of the power sword and save the magic.

Tella, Andra, Evil-Yyn, and their put-together team not only were able to reunite both halves of the Power Sword, but they also brought Prince Adam (who was dead) back with them from Preternia. All seemed to be well until we found out that Skeletor (Mark Hamill) was hiding in Evil-Lyn’s scepter this whole time. Taking advantage of this, Skeletor was able to finally get the Power Sword from Prince Adam and took the Power of Greyskull for himself for the first time ever. From the way it looked, Prince Adam once again was going to die, Eternia was doomed, and Skeletor was going to be unstoppable!

Masters of the Universe: Revelation Part 2

The action picks up right where part one left off. Now that Skeletor has the Power Sword and has become like a godlike figure there is no stopping him. With Prince Adam bleeding to death Tella, Andra, Man-At-Arms, and Cringer (Stephen Root) look to be defeated and Skeletor would finally have his victory over He-Man. Well, so he thought as some things never change. As Skeletor begins to harness all the power Tella, Andra, Price Adam, and Cringer are able to escape to Eternia before Skeletor could finish them off. Also once escaped Tella (who is starting to come to terms with her powers) is able to find a way to heal Price Adam.

The peace didn’t last long after the escape. Skeletor was able to track them down. Again when it looked like there was no hope left for the heroes. Prince Adam decides to call upon the Power of Greyskull without the Power Sword and what happens next surprises, everyone. Prince Adam turns into a savage version of He-Man (kind of like the Hulk). Once again they are able to escape and foil Skeletor’s plans once again, but the battle is far from over. From here is when we learn more about all this power and how each character’s choice on how they use it would affect them in the end.

I don’t want to go into many more details after this, so as not to spoil anything else for you.

The Creative Team and Cast

Kevin Smith and his writing team knocked it out of the park. In a way gave the middle finger to all the critics that were saying he was trying to kill off He-Man to make Tella the new focus of the series. Yes, Tella was a focus of this series, but Price Adam played a huge role as well. Gues they should have waited until they saw it all. Not only was this team able to tell an amazing story 35 years after the first story ended; but they were able to add so many elements from the 80’s animated series, comics, and toys without taking away from the story plot. They also did great with the character development for most of the main characters. But while this was good, a lot of fan-favorites got left to the side like Trap Jaw, Ram-Man, and more.

The animation was also amazing. the creative team was able to not only the characters a modern look but was also able to mix some of the classic looks into them as well. The fight scenes looked great. They were very detailed and gave you a Mortal Kombat kind of feel to them. From He-Man and Skeletor to Tella and Evil-Lyn the fights will be something that MOTU fans will remember.

The cast also knocked it out of the park! Masters of the Universe: Revelation was voiced during the COVID pandemic so they were never on set together. But watching the series you would never know. Chris Wood, Mark Hamill, Sarah Michelle Gellar, Lena Headey, Tiffany Smith, and the many other amazing voices brought all of our old and even the new charters to life in amazing fashion. I really don’t think Kevin Smith could have come up with a better team.

Masters of the Universe: Revelation was amazing! I mean come on, if you grew up watching MOTU as I did, how could you not like it. We got to see all of our old favorites back in action along with some new characters as well. The action was non-stop and overall it was just fun. I also like how they split the season up into two parts. It really got you even more excited about finishing the series. Yeah, I still wish we could have got more from some of the other side characters. But, hey here is hoping for that if they do a season 2.

So do yourself a favor. Stop reading the negative reviews out there and watch the series, you will not be disappointed. Thank you Kevin Smith for bringing MOTU back! Masters: of the Universe: Revelation is available now to watch on Netflix.

What were your thoughts on the Masters of the Universe: Revelations Part 2? What was the most surprising moment for you? Also, are you hoping for another season?  That Hashtag Show wants to hear from you!

You can tell us your thoughts by leaving a comment below or hitting me up at starwarsnerd574. You can also join us at the That Hashtag Show on Facebook to chat about all things MOTU. Also, make sure to stay up to date on all the pop culture news by following us at ThatHashtagShow.com.

THS SITS DOWN WITH ACTING LEGEND TONY TODD TO TALK ‘MASTERS OF THE UNIVERSE: REVELATION’ [INTERVIEW]

Summary Masters of the Universe: Revelation will not only bring back memories from the original series but will give you new memories to enjoy for a long time. 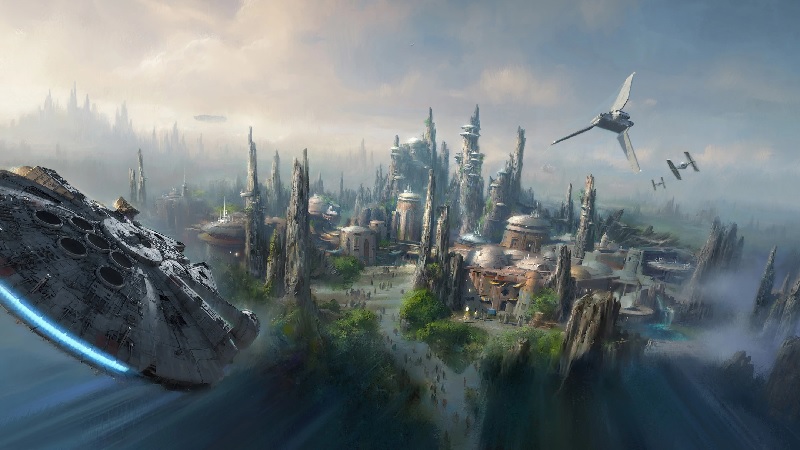 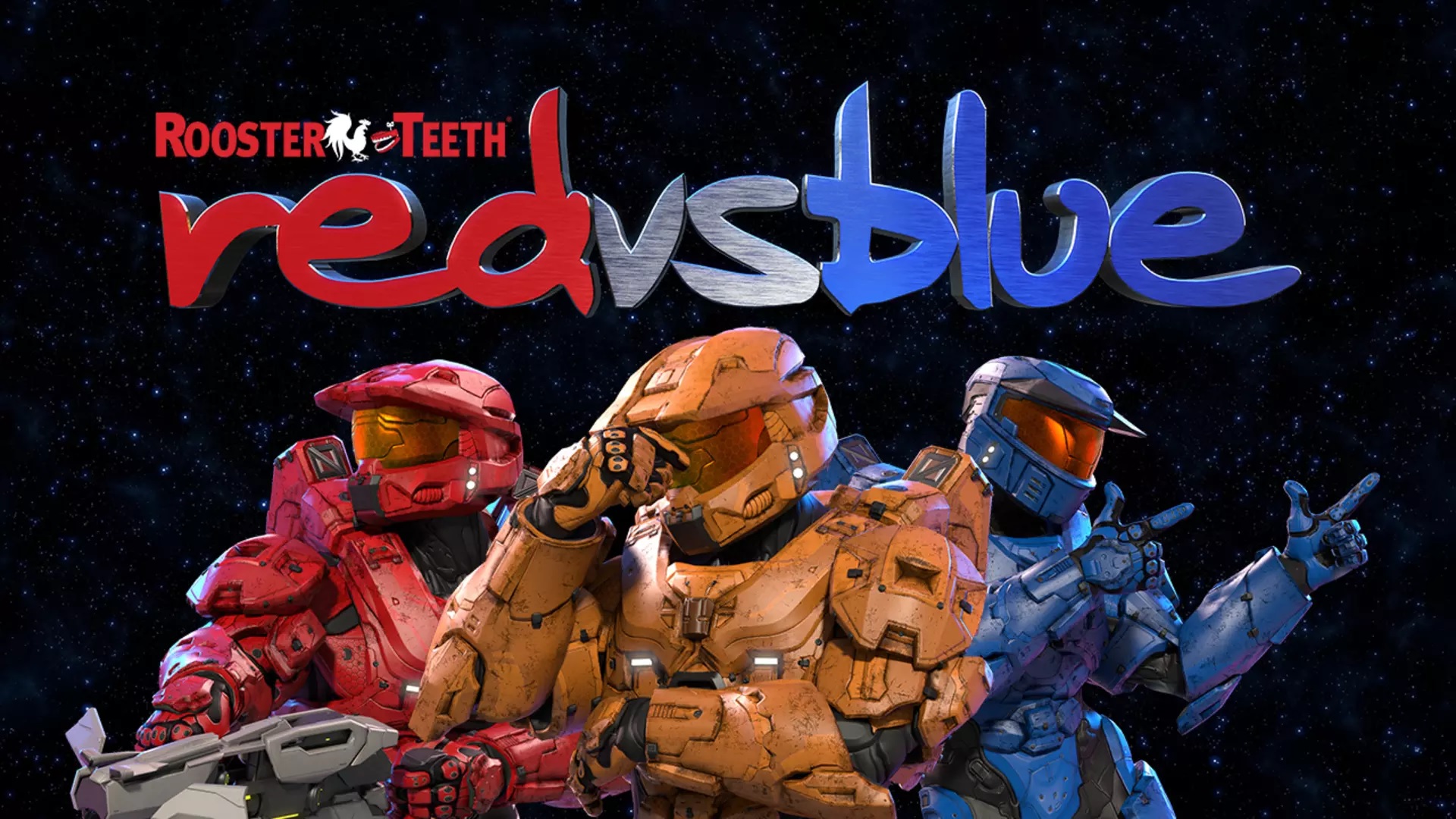 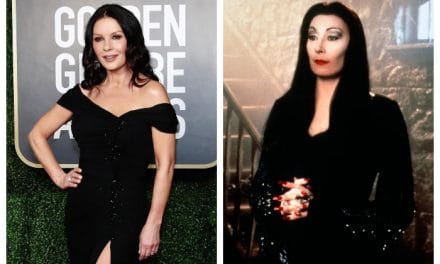